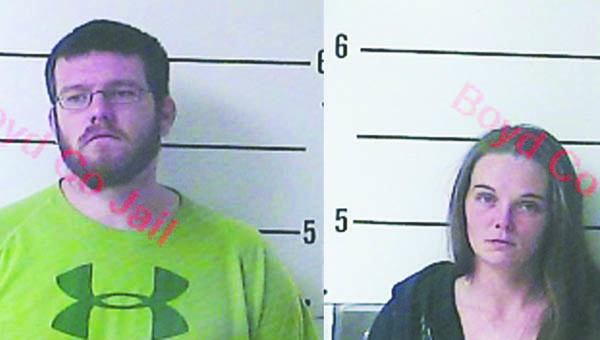 ASHLAND, Ky. — A Boyd County jury has indicted two Ashland residents in connection with the death of their 3-month-old son.

Leslie David Daniels, 27, and Nora F. Sawyers, 28, were arrested Monday morning at the intersection of Moore and 29th streets and taken into custody. Both have been charged with murder, according to a news release from the Ashland Police Department.

Their son, Landen Daniels, was discovered unresponsive on June 10, 2015, and taken to King’s Daughters Medical Center, where he died of his injuries three days later.

An investigation by Ashland police, the Boyd County Coroner’s Office, Child Protective Services and the Kentucky Medical Examiner’s Office led to the indictment in the death, which has been ruled a homicide.

Authorities said the infant’s injuries, which included bleeding in the brain and a detached retina, were from blunt force trauma consistent with shaken baby syndrome.

Daniels and Salyers were taken to the Boyd County Detention Center. Their bond is set at $100,000 cash each.

It’s a campaign promise he may have a tough time keeping. Ohio Gov. John Kasich said on Tuesday that, if... read more