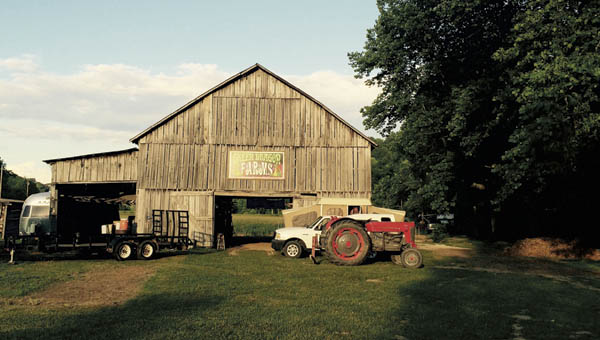 KITTS HILL — With warmer weather on the way, outdoor activities will be coming soon and one group hopes to provide an event highlighting music and arts from throughout the Tri-State.

The first Val Stock is scheduled to take place from June 30 to July 2 at Green Dragon Farms near Sharp’s Creek in Kitts Hill.

Bethany Russell, an artist and one of the organizers on the farm’s team, said the aim of the festival is to provide a showcase for arts and culture from Ohio, West Virginia, Kentucky and beyond.

“It’s basically about supporting local artists and musicians,” she said. “And allowing artists and individuals to support themselves and the community.”

The festival has more than 30 acts booked so far, including Line Up, Qiet!, Knockin Spirits, Fletcher’s Grove, Plan B, Lets be Leonard, a jam band from from New York, the Restless Leg String Band from Lexington, Kentucky, Near Earth Objects from Cincinnati,

Two of the artists, Ona, of Huntington, and Tyler Childers, of Lousia, Kentucky, were recently featured on Mountain Stage.

The festival will take place on the grounds of the farm, located at 5876 County Road 19.

She said the music will not be confined to any one genre.

“We’ll have everything from bluegrass to rock ‘n roll,” she said.

In addition to musicians, the festival will feature local artists and vendors, as well as camping.

She said there will also be artists performing with fire, as well as hula hoopers.

She said the idea for the festival came from knowing many in the region who are involved in the arts and seeing the lack of outlets for their creativity.

“Why not help each other?” she said.

In addition to the festival, she said the group is hosting workshops through the year, as well as offering music classes to youth.

Those wishing to attend can get tickets through the festival’s Facebook page at https://www.facebook.com/Val-Stock-826162777498155, the Green Dragon farms website at http://www.greendragonfarms.org or www.missiontix.com. Weekend passes are $80 each. Daily admission tickets run from $20 to $40. The event is open to all ages.

Russell said they are looking for people to help with the festival and that a volunteer day is set for the farm for this Saturday from noon to 7 p.m.

Forum set for Thursday at Burlington Elementary As the March primary approaches, voters will have the opportunity to get to... read more