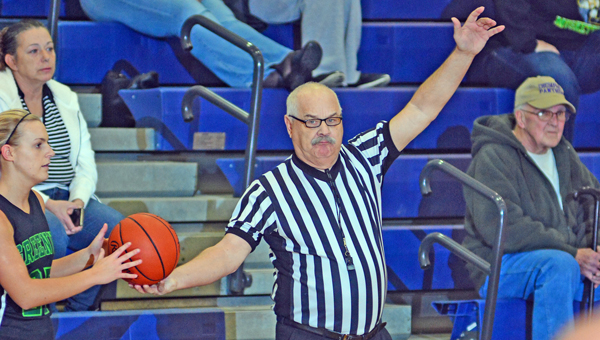 Tom Hardy has officiated a lot of basketball games. A lot. And no one knows that more than the Ironton Chapter of Ohio High School Basketball Officials.

An official for 49 years who has worked several state tournament games in multiple sports, Hardy was presented the Joe Swarts’ Lifetime Achievement Award at the chapter’s annual banquet.

The other award presented by the chapter is the Ronnie Vanderhoof Newcomer that was given to Jason Meenach.

The award was named after Vanderhoof who has been instrumental in the development of many officials from the Ironton chapter.

“He made good official out of all of us,” said Tommy Pinkerman.

The Ironton Chapter is one of the best group of officials throughout the state of Ohio. It has grown from 15 to 63 members.

Recently the chapter held a youth basketball tournament and raised more than $10,000. The proceeds will be used to send young officials to officiating camp to become better officials and to provide academic scholarships for two students from schools in Lawrence County along with Ohio Valley Conference members Portsmouth and Gallipolis.