Senior will compete on state level 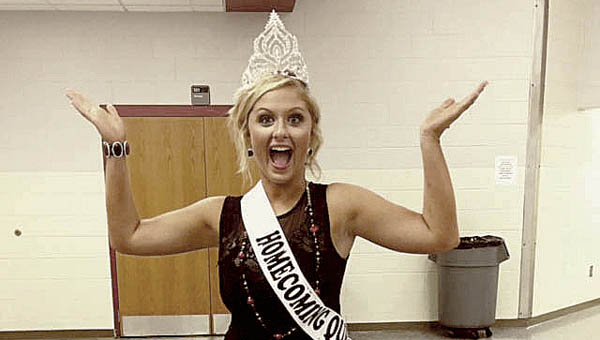 COAL GROVE –– Dawson-Bryant High School senior Lindsey Cremeans was the school’s homecoming queen this year and will have an opportunity to compete at the state level on Sunday.

“I was nominated by my guidance counselor,” Cremeans said. “I wasn’t expecting it because no one from around here has been nominated for this in a long time. I’m one of 20 girls competing in Ohio.”

America’s Homecoming Queen Inc. is a nonprofit organization that began in 1981 and promotes education, educational travel and community service in all 50 states.

The selection is Sunday at the Marriott Hotel in Dayton and there is an interview portion as well as a beauty portion of the event. Judges are selected from the fields of education, travel and public relations.

Cremeans will also compete for Ohio’s favorite homecoming queen, which can be voted for online at www.americashomecomingqueen.com for $1 a vote.

“I’ve never done anything like this before, so I’m excited and looking forward to meeting new people,” she said.

Cremeans is the daughter of Stacy Johnson and Ron Cremeans, of Ironton.

The error that reversed the election results in one of the Lawrence County Commission races was apparently made by the... read more