Living life to the fullest 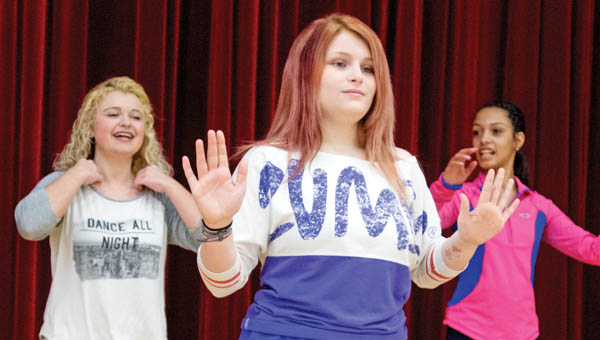 Ask Heaven Wilds to tell you about raising a child with autism and she’ll simply say, “I recommend it.”

Most children with autism experience sensory overload in social settings. This non-stop barrage of sights, smells and sounds overwhelms the child and forces him or her to withdrawal or act inappropriately out of frustration. Since the child with autism struggles to concentrate amid continual distractions, he or she is unable to effectively communicate with others.

Most of us know little about the disorder, and are not equipped to communicate with people with autism, so we might describe them as “different.”

Wilds’ oldest child, 19-year-old Cheyenne Day, has been pleasingly different her entire life. The Rock Hill High School senior was recently voted Class Clown by her peers, a testament to her ability to interact socially. On Saturday, April 16, she attended the RHHS prom with her boyfriend, Zach Dailey. She loves cosmetology, Zumba, twirling, dancing, hiking, drawing and riding 4-wheelers.

And she really loves going to school.

“She’s my Bohemian princess,” McCorkle said. “She’s a blessing to the entire school.”

Personable and affable, Cheyenne has a gift few people in the world possess. “When is your birthday?” she asked. I told her.

“That’s a Tuesday,” she said, correctly. “How about July 4?” I asked. After a two second delay, she correctly responded, “Monday.” She can blow your mind with this game all day long.

McCorkle chimed in. “When did we have fire alarms at school this (school) year?” Cheyenne immediately responded “Oct. 26 and Feb. 26.”

Laughing, as she appears to do often, Cheyenne remembered the date she mischievously commandeered assistant principal Sam Gue’s office chair (Sept. 11) and that McCorkle was out of coffee that day.

Wilds presented random dates from Cheyenne’s childhood. Not only did she accurately name the days of the week, she also described her wardrobe for each day.

“I don’t know how she does it,” Wilds said. When asked, Cheyenne said she sees calendars in her head.

She impersonates Gue and teachers Zane Long and Bob McCollister, laughing hysterically after each impression. She’s not making fun of these men. Along with Murphy, whom Wilds says is a tremendous influence on her child, and McCorkle, these men are her favorite people at school.

“She waits for Mr. Long every morning to give him a fist bump,” McCorkle laughed.

Cheyenne said she never gets in trouble in school, but noted a few times she acted out of frustration – with, of course, the exact dates.

“It wasn’t bad,” McCorkle said. “You were just upset.”

“She doesn’t like change,” Wilds noted. “But she loves people, which is not typical of people with autism.”

Cheyenne loves to fix hair and apply makeup. Following graduation from RHHS this year, she plans to attend Collins Career Center and earn her certification as a cosmetologist.

Speaking of certifications, Cheyenne recently traveled to Henderson, Indiana, and passed an eight-hour examination to become certified to teach Zumba classes. In the near future, she will begin teaching people how to dance away the calories at her family church, First Church of the Nazarene in Ironton.

April is Autism Awareness Month. Wilds, who also has an 8-year-old son, Hayden, with autism, wants the same thing as every other parent of a child with the disorder – community education.

“Cheyenne is very sensitive,” she said, noting her daughter struggles at times with emotions due to conflicting sensory data. “But she’s also very independent.”

Cheyenne may express herself a bit differently than others. She may have to work harder to focus than others. But she has dreams and goals just like the rest of us. And unlike many of us, she’s unafraid to pursue them.

She’s also a strict rule follower. Wilds doesn’t have the same worries as other parents, especially those of teenagers.

“If I drop her off at the mall, I don’t have to worry that she will sneak out. She won’t leave.”

And, “She won’t say anything unless it’s true,” Wilds said, adding Cheyenne is very well behaved.

Imagine having a teenager who always follows rules and tells the truth.

Maybe the rest of us are the ones who suffer from a disorder.

“She could fit in the palm of your hand,” said Aaron Rice, the Chesapeake Lady Panthers’ head softball coach and... read more