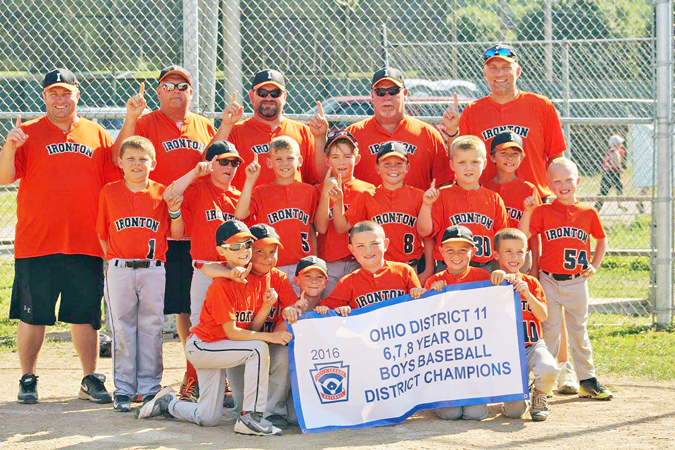 Ironton scored 99 runs in seven games leading to the Lawrence County bracket championship series. Ironton beat South Point 13-0, lost to Coal Grove 4-2, beat Rock Hill 16-2 and Fairland 16-0 and then won the loser’s bracket with a 13-3 win over Coal Grove — their only loss. In the championship game,

Ironton beat Symmes Valley 24-10 and 15-9 to win the Lawrence County bracket title. In the District 11 three-game title series against the Scioto County bracket winner, Ironton lost to Minford 13-12 at Portsmouth in the first game but rebounded to win 9-6 at Rock Hill.

That set up the deciding championship game at Portsmouth with Ironton rolling to a 12-5 win.