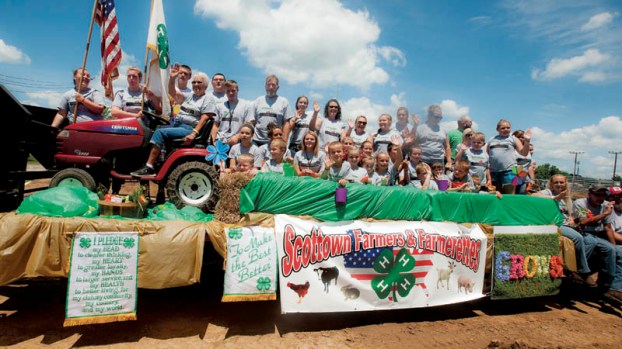 The Scottown Farmers & Farmerettes during the annual 4-H Parade at the 2016 Lawrence County Fair.

4-Hers open up annual event with ceremony

One of the biggest parades in its history opened this year’s Lawrence County Fair on Sunday.

Float after float left the Kroger parking lot heading for the fairgrounds grandstand. There, fairboard president Randall Lambert saluted each 4-H organization by reading off their accomplishments and their community and civic projects.

Then, at the livestock barn, proclamations were read by representatives of Sen. Rob Portman, U. S.Rep Bill Johnson and Ohio Secretary of State Jon Husted.

ROME TOWNSHIP — Young farmers brought their chickens to be judged at the Lawrence County Fair on Saturday. Members of... read more