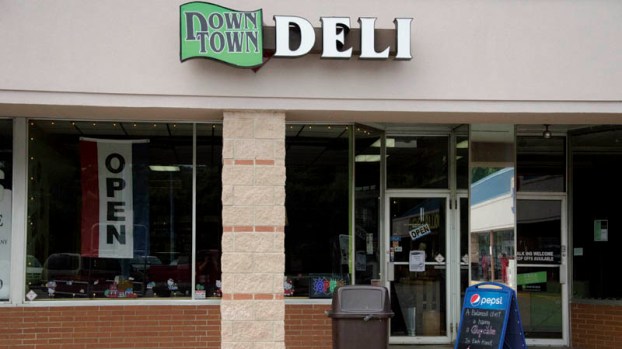 CHESAPEAKE — Bobby Loy said he and Sarah Spencer are “just following a dream.”

The two have been friends since attending Cammack Elementary School in Huntington and, last Monday, they opened the Downtown Deli at Chesapeake Plaza.

Loy is the owner and Spencer serves as the manager of the business, located beside H&R Block in the shopping center.

The deli, which employs seven people, offers primarily sandwiches and salads, with some specialty items, such as cupcakes and ice cream.

“It’s pretty much stuff my grandmother and Sarah’s grandmother used to make,” Loy said of the menu. “We designed the menu around the old school stuff.”

He said he tries to include as many fresh, locally-produced ingredients as possible.

“I go to local meat and farmers markets,” he said, adding that the shop has been popular with the clients of a local gym, who are seeking healthier options.

He said the deli offers pick-up for orders and, in the future, he plans on offering delivery service as well.

Loy said one of the most popular items on the menu is the Dagwood, which features, turkey, ham, salami and several cheeses.

“It has two olives on top,” he said. “It’s a stack sandwich big enough for two.”

Another are the specialty cupcakes, which include s’mores, topped with a mini Hershey bar, and a chocolate cupcake topped with bacon.

“We’ve been selling out of them,” he said of the bacon cupcake.

Loy said he saved up money to open the shop, with no loans. He and Spencer spent several months preparing the storefront, which had been vacant for several years.

They repainted the entire space and decorated with repurposed items, such as using old doors for tables.

“It’s my love for antiques,” Loy said. “Everything old is new again.”

Spencer said business has been steadily growing through word of mouth since their first day.