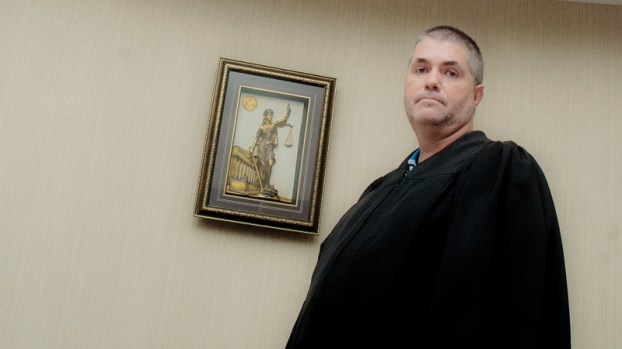 Bowling, 50, was put under hospice care on Wednesday, although the judge had worked up until recently and was active in the ministries and missionary work of his church, Oakland Chapel Church.

Bowling was a 1984 graduate of Symmes Valley High School. He earned an associate degree from Rio Grande and a bachelor’s degree in business from Ohio University in 1988. He was a medical technologist at Lawrence County General before going on to earn his law degree from Capital University in 1997.

“I coached his son in basketball,” Hayes said. “I had the utmost respect for Scott. He is a man of strong faith.”

Bowling practiced law for 10 years with the firm of Randall Lambert before his appointment as common pleas judge in 2007 after the death of Judge Frank McCown.

“He was a very fair judge to work with,” Lawless said. “He was certainly helpful with law enforcement and our cases and always even-tempered.”

Bowling was survived by his wife, Donna, and two sons, Brandon and Jordan.

Bowling was diagnosed with ALS — commonly known as Lou Gehrig’s Disease — in September of 2012. After about a year of experiencing weakness in his right arm — thought to be from an old football injury — all other possibilities for the weakness were ruled out, leaving only the progressive neurodegenerative disease to blame.

Despite the progression of the disease, Bowling continued to serve at the bench, even hosting a ceremony two weeks ago where he dedicated the installing of the state motto — With God All Things Are Possible — in his courtroom in remembrance of the fallen officers in Dallas, Texas, Baton Rouge, Louisiana, and Michigan.

Bowling was known as a man of great faith, which never wavered despite his illness.

“Judge Bowling was a great man and a great judge and a true asset to our community,” Lawrence County Prosecuting Attorney Brigham Anderson said.