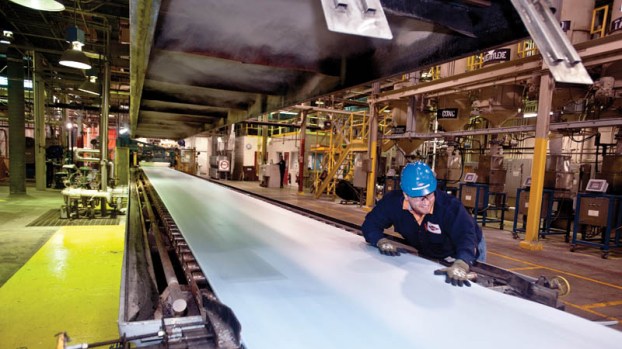 Approximately 30 employees will be affected with the sudden closing of the Dow Chemical plant in Hanging Rock, a major producer of Styrofoam.

Dow to shut down

HANGING ROCK — Approximately 30 employees will be affected with the sudden closing of the Dow Chemical plant in Hanging Rock, a major producer of Styrofoam.

“They called the employees in and announced it would be closing,” Scioto County Commissioner Bryan Davis said. “It is very frustrating for us having staved off as many losses as we have. It is sad. I have some family affected.”

A statement released from the corporate headquarters on Thursday said the move was part of the company’s growth strategy.

“Production will stop at the end of the third quarter 2016 and decommissioning of the plant is anticipated to be complete by the end of 2016,” a Dow spokeswoman said.

Styrofoam, a Dow trademark, is used for home and commercial insulation.

The Hanging Rock plant is one of six Dow operations in the United States and Canada and last year produced 150 million 4-by-8 board feet of Styrofoam.

Dow Chemical was begun in the late 1880s by Herbert H. Dow in Midland, Michigan, who discovered a method to extract bromine from brine. At that time, bromine was used in medicines and photographic chemicals.

The Lawrence County property was purchased in the late 1940s with the Styrofoam plant opening in 1957. The ethafoam plant started in 1962 and the polystyrene plant in 1967.

Hanging Rock plant manager Brian Funk said the corporate decision was based on a changing market where there is more demand in the northwestern part of the country.

“We are realigning our assets out that way,” Funk said. “There used to be three production facilities here and now we are down to two.”

Sixty percent of the workers are Dow employees; the rest are contract workers.

“We are looking at re-employment opportunities,” Funk said. “We have a fairly good site in Institute, West Virginia. We are working real hard for these folks. In the western side of the county we are connecting with those plants and their managers.”

Production will stop at the end of October.

“For the next six months we will shift product out of Hanging Rock,” Funk said.

When inventory is depleted, then the entire facility will close.

Taking creativity to a new level

PORTSMOUTH — Today is the last day of the LEGO Brick Faire, presented by the Portsmouth Area Arts Council at... read more