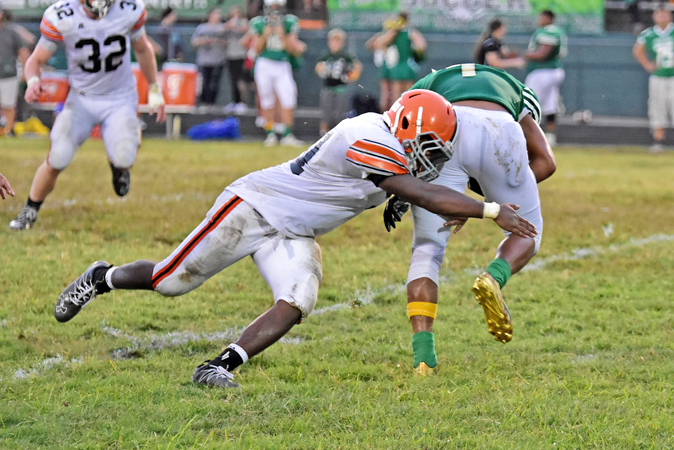 Sorry, but in this case opposites do not attract.

The Ironton Fighting Tigers host the Ashland Tomcats on Friday in a game of contrasting styles and personnel.

While both teams are 1-2, Ironton relies on size and strength in a power running game while Ashland is smaller but utilizes its quickness and speed both offensively and defensively.

“They’re a little undersized, but they have good speed and quickness on both sides of the ball,” said Ironton coach Mark Vass. “Their linemen move well. The defensive line has good quickness.”

“Their quarterback is sophomore but he has a nice arm and he can make a play if the pocket breaks down,” said.

Both Brown and Roberts missed the first two games due to injuries.

“The running backs are solid and have good speed. The receivers have speed and can catch the ball, but they also block well. There is no one player you can focus on. They’re pretty balanced,” said Vass.

Jordan is a junior and the other four are seniors. The Tomcats have eight senior starters on offense.

“They are athletic on defense and they will rotate a bunch of guys at all positions,” said Vass. “They like to sit in that 4-3 and use their speed and quickness to swarm the football.”

The secondary had Roberts and sophomore Isaac Caines (6-1, 160) the corners with freshman Bryce Carley (5-11, 175) and Colburn the safeties.

The placekicker is Blaine Collins and Dowdy is the punter.

Ironton leads the series 45-32-3 but Ashland won last year 41-0. The home team has won in each of the past eight meetings. The Tomcats last win at Ironton was a come-from-behind 15-10 victory in 1990 when they won the Class 4-A state championship.

Jim Walker jim.walker@irontontribune.com   PEDRO — The preliminaries are over. It’s time for conference play. The Rock Hill Redmen have... read more