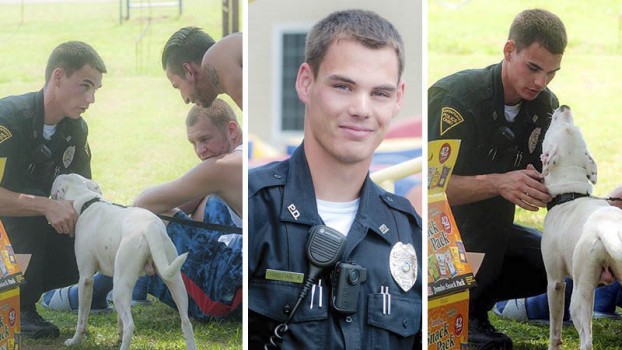 Christian passed away at about 10:20 a.m., Proctorville Police Sgt. Randy Thompson, who was at the hospital last night, said.

Christian, 24, was traveling south on Ohio Route 7 on Sept. 18, when he lost control of his vehicle, drove off the right side of the roadway, striking a tree, utility pole and guardrail and overturning down an embankment.

Christian was thrown from the vehicle and found in a nearby ditch.

He was taken to Cabell Huntington Hospital in Huntington, where he remained in critical condition.

The Chesapeake community came together in support for Christian, with a candlelight vigil at Triangle Park on Sept. 19 drawing hundreds and numerous events raising funds for his medical expenses.

Thompson said a police escort was set for Tuesday afternoon to escort Christian’s body from the hospital to Phillips Funeral Home in Ironton, who will be handling arrangements.

No date has been set yet for services.

Christian is survived by both parents, siblings and a daughter.

Boo’s Donut Shop opens in Ironton A new business in Ironton offers a place to grab a light breakfast or... read more