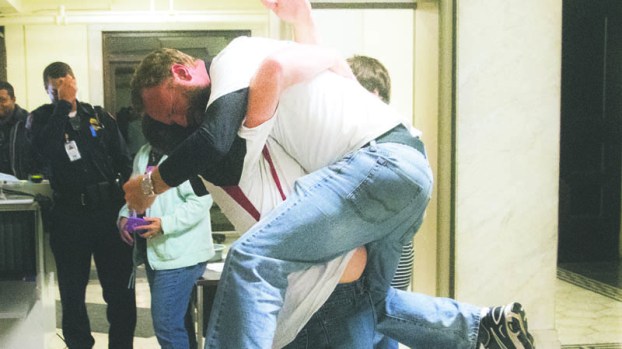 Ballard will take over the seat previously held by D. Scott Bowling, who died earlier this year after a battle with ALS.

“It was breathtaking. I feel like I’m floating. This is not something I expected six hours ago, and this was my first time running,” Ballard said shortly after finding out about his victory. “To be with my friends and family tonight to celebrate this victory, it’s unbelievable.”

“We learned how to be a candidate on the fly, and had 10 weeks to develop and implement this campaign,” Ballard said. “We had people from all over the county come to assist us, and in no way could we have done it without each and every one of them.”

“Obviously I’m disappointed with the results, but I’m proud of the fact that we ran a good, clean campaign. The Collins family believes deeply in that,” he said. “I want to thank all of my supporters who have supported us so loyally over the years, and I can’t thank them enough. But congratulations to Mr. Ballard.”

One of the things that Ballard pushed for throughout his campaign was to implement a certified drug court in Lawrence County, something he said he would start on right away.

“We’ll start immediately on the process of putting a team together to seek certification for a drug court,” he said. “And every day we’ll administer justice fairly without bias or prejudice.”