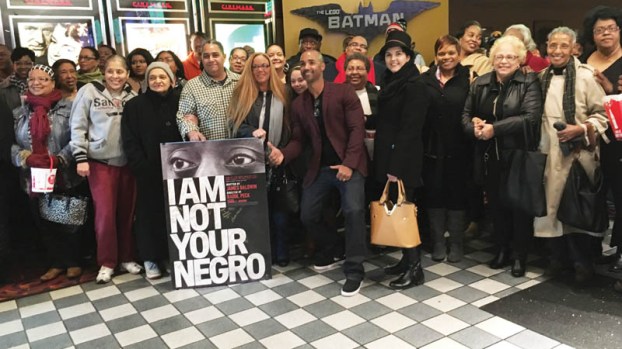 Guests gather for the screening of 'I Am Not Your Negro' Saturday at the Cinemark Theater in Ashland.

‘I Am Not Your Negro’

Ironton native Cory Smith, center, and Ironton Mayor Katrina Keith talk with attendees, following a screening of the Academy Award-nominated documentary film “I Am Not Your Negro.”

Smith, who now works as a producer in Hollywood, rented out a screening room at the Cinemark Theater in Ashland in order to bring the film, which focuses on the civil rights movement and the issue of race in America, to the region where he grew up.

The film played to a full house. Smith, who said the message of the documentary is especially relevant given current events, says he plans to arrange more screenings of the film in the near future.