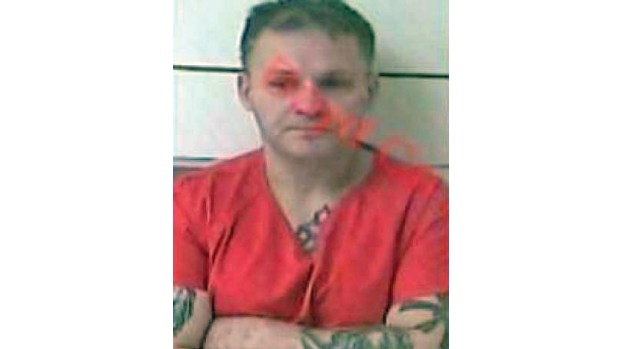 COALTON, KENTUCKY — A South Point man was arrested early Friday in Boyd County on multiple drug charges after deputies said he was found with large quantities of narcotics.

Deputies said 21 grams of heroin, 68 grams of crack cocaine, 28 grams of cocaine and 82 grams of crystal meth were confiscated during the arrest.

The Boyd Sheriff’s Office said they received information from other agencies that Rister was bringing the narcotics from a supply source in a major city. The investigation is ongoing.
Rister pleaded guilty in May 2015 to three counts of trafficking in drugs. He was sentenced to two years in prison, $2,500 in fines and a driver’s license suspension by former Lawrence County Common Pleas Judge Scott Bowling.

“He was not, on both occasions, the main target,” Mahjer said. “But, in the first raid, we were able to charge him.”

Mahjer said the second raid occurred while Rister was in prison.

He said police have “kept their ears open,” which led to more information and Rister’s arrest on Friday in Kentucky.

“We have a good relation with Boyd County Sheriff (Bobby Woods),” Mahjer said. “We all have the same problem with drugs.”

He said many suspects in drug activity are known to police on both sides of the river and tend to “float back and forth.”

“It’s easy to jump across the bridge,” Mahjer said. “It’s 10 minutes to Ashland. The problem is getting to everyone.”

He said Friday’s arrest was due to joint efforts between the departments.

“It’s advantageous to work with other agencies across the river,” he said. “A drug dealer lived in our town at the time and they had the opportunity to help.”

“They work on drug problems in South Point all the time,” he said. “Just because you don’t see drug busts every day in South Point doesn’t mean that they’re not at work on it every day.”

Johnson goes back to captain There has been a shuffle in the top ranks of the Ironton Police Department. Dan... read more