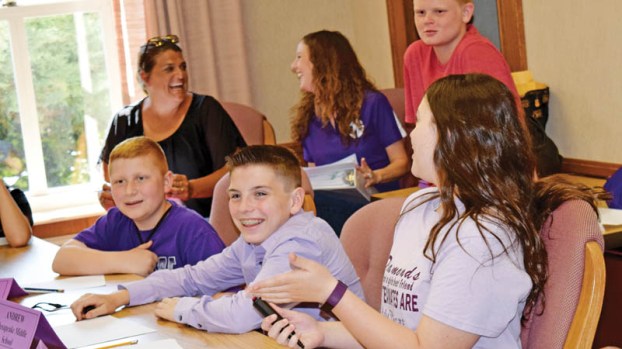 Talented and gifted students at four Lawrence County Middle Schools got a preview of a competition that allows them to use their knowledge to win.

Rock Hill, Chesapeake, Symmes Valley and Dawson-Bryant students took part in the event, which was similar to the regular competition Quiz Bowl that begins in seventh grade.

“But this is specifically a TAG Quiz Bowl event,” Julie Walters, student services coordinator for the Lawrence County Educational Service Center, said. “The format is not exactly the same as high school.”

Walters said the purpose of the event was to give the students a chance to see what a competition is like.

“Some of these students will go on to play in high school and some may choose not to,” she said. “But this is just to get the kids motivated and show them. The buzzers are a whole art to use and this just gets them into their hands and gets them used to that.”

It was a short meeting of the Ironton City Council on Thursday. Since the 6 p.m. meeting was on the... read more