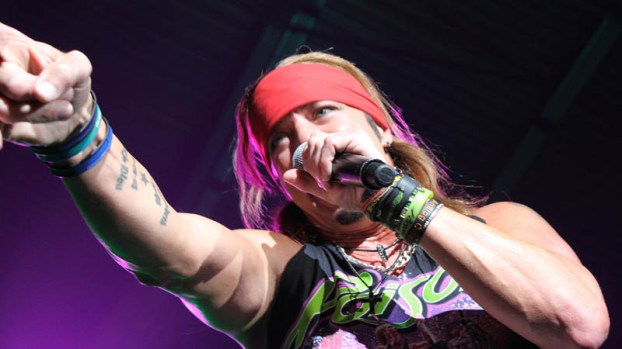 HUNTINGTON— Tesla has never really fit into the same mold as the glam metal hair bands they toured with through the late 80s and early 90s.

Their sound was always a little more rootsy, their lyrics a little more thoughtful, than the party-time themes of their contemporaries. While other groups were singing about backseats and sneaking cigarettes, they were penning tunes about electrical engineering prodigy Nikola Tesla. When other groups tried to go “harder” to compete with the darkening metal scene, Tesla went acoustic and had a hit with the Five Man Electrical Band’s, “Signs.”

Thirty years on, and their fans care as little for the labels applied to them now as they did then. What they do care about is the music, and Tesla did not disappoint them on Sunday night at the Big Sandy Superstore Arena.

Playing their classics, and even some new tunes, penned and recorded with longtime friend Phil Collen of Def Leppard for a recent release, the band sounded as fresh and energized as they did 25 years ago, with Jeff Keith’s vocal range and power seemingly unfazed by the years of performance.

The same could not be said of Poison. While the energy was still there, front man Brett Michaels voice has definitely lost some of its power and punch over the last three decades. But while his voice may not be the same instrument it once was, the passion and presence were undeniable. Michaels and his cohorts were as enthusiastic as ever and that passion translated into an engaging performance that had fans of the old hits holding lighters and cell phones aloft while they belted out hits like “Give me something to believe in.”

The two bands will continue to tour throughout the summer, joining Def Leppard for some shows. Tesla is also supporting a new album, “Mechanical Resonance: Live” featuring the classic hits from the original “Mechanical Resonance” album, as well as the new tune, “Save That Goodness,” penned with Collen.

GRAYSON — Addictions have become a growing concern across the nation, but Kentucky and West Virginia have been particularly hard... read more