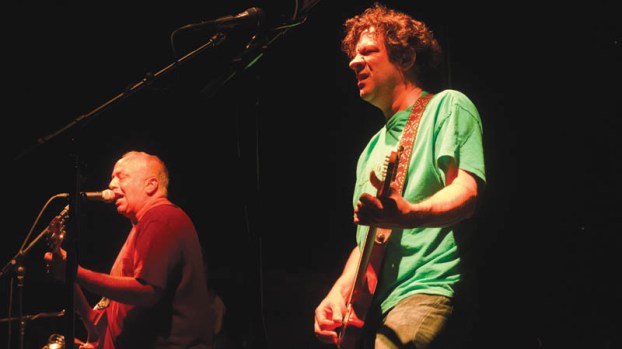 Four days of music in Nelsonville 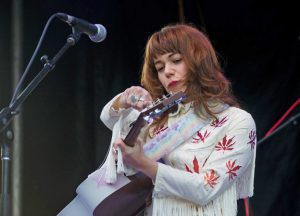 The Tribune/Heath Harrison
Jenny Lewis performs on the main stage of the Nelsonville Music Festival on Saturday.

Harris was joined by alternative country act Son Volt as a headliner in the final day’s line-up.

The four-day festival, which takes place on the grounds of Hocking College began in 2005 and has grown in successive years to great acclaim.

Known for its eclectic mix of acts, the event has drawn performers from a wide range of genres including The Flaming Lips, Wilco, George Jones, Loretta Lynn, St. Vincent and Courtney Barnett.

In addition to Harris and Sun Volt, this year’s headliners included cult favorites They Might Be Giants, Ween, and Conor Oberst.

One of the highlights of Saturday night was a performance from singer-songwriter Jenny Lewis.

Lewis, boosted by a surprise appearance from the Watson Twins of Louisville, with whom she collaborated on the album 2006 “Rabbit Fur Coat,” performed songs from her latest album, unreleased work from a forthcoming album with Ryan Adams and some of her earliest songs from her time with the band Rilo Kiley.

“What a beautiful day,” she said. “I love Ohio. Always have.”

Lewis recalled the earliest days of her career, playing shows in the state.

“It’s amazing how when you play Columbus in a band and work your way up High Street. You start in someone’s basement and go from there. I remember some of those early Rilo Kiley shows.”

Lewis was followed by Ween, whose die-hard fans packed tight by the stage, awaiting the performance.

“Give us Ween!” they chanted as the soundcheck was wrapping up, many carrying cardboard placards of the band’s Boognish symbol.

In addition to the main stage, the festival has two smaller stages, where artists perform in a more informal setting.

One of those was Brooklyn musician Mirah, who played on both Saturday and Sunday.

“I grew up in Athens,” she said of the nearby home of Ohio University.

Organized by Stuart’s Opera House in Nelsonville, the festival also serves as a showcase for local and regional arts and music in Ohio and features a number of local businesses as vendors.

The festival strives for a family-friendly atmosphere, with free passes offered to children under 12.

A group of children were being entertained by attendees, Nora and Nate Christy of Newark, Ohio, who were using string and rods to cast three-foot soap bubbles that the children tried to burst.

The line-up for next year’s festival will be announced in January.

For more information, go to nelsonvillefest.org.