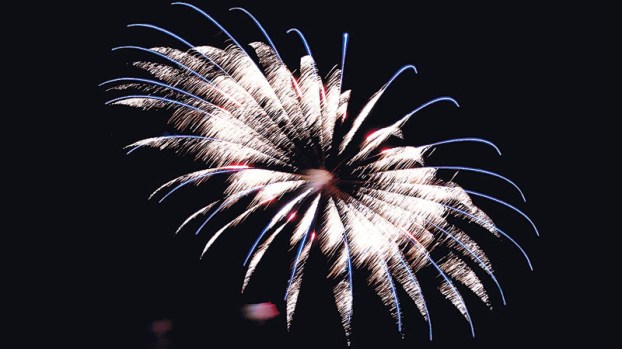 A firework explodes during a Tri-State fireworks display last year.

Fireworks can be a hazard to 4th of July activities

With the Fourth of July holiday here, it is the time most Americans celebrate with fireworks. And with that comes the danger of injury or even death.

“The best way to avoid injury is to use them like you’re supposed to,” said Ironton Fire Department city inspector Jeff Joseph.

Under state law, Ohioans are allowed to buy consumer, or 1.4G, fireworks like firecrackers or bottle rockets, but those are supposed to be transported out of the state within 48 hours, although that is rarely the case.

“The only ones you can legally use are novelty fireworks like smoke bombs, sparklers, snaps and snakes,” Joseph said. “You can buy anything you want, but you can’t set it off.”

Joseph cautioned that even novelty fireworks have to be handled with care. “Even smoke bombs sometimes do explode,” he said. “You never hold anything in your hand, except the right end of a sparkler. Anything that has a flash powder in it, can get overpacked and not burn the way it is supposed to.”

Even the sparklers have to be used with caution, since they can burn at 2,000 degrees.

Joseph said he makes sure his own kids put on tennis shoes when they use them so they don’t step on the hot metal rods.

Another thing that people are cautioned about are the lanterns that can be lit and then they float away.

“You are responsible for where they come down,” Joseph said. “All it is is tissue paper and a board. If it happens to drop, the fire doesn’t go out. If it burns down somebody’s house, you are responsible for that. If it costs somebody their life, it comes back on you. It’s like setting something on fire and then walking away from it.”

That isn’t just a casual warning. In 2014, embers from a 1.4 G firework landed on a house in Proctorville and started a blaze that killed two elderly residents.

The state considers items like M80s, M100s and quarter sticks to be explosive devices and they are illegal for people to own.

“Those are all big no-nos. Those won’t take your fingers off, they will take your hand off,” Joseph said.

He added the way to stay safe is to watch the professional fireworks shows.

“Really, if you want to see fireworks, Coal Grove has some nice ones on Monday night, South Point has some on Saturday and Ashland has some really nice ones on Tuesday,” Joseph said.