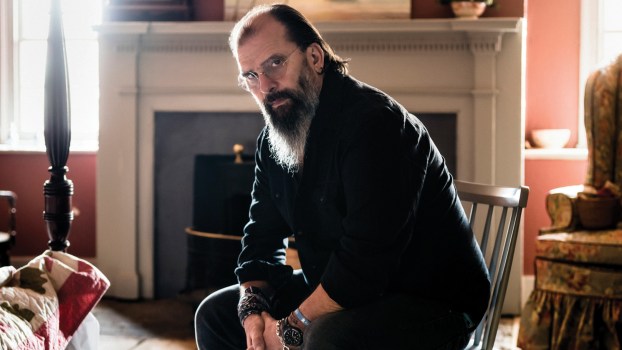 Photo by Chad Batka Country musician Steve Earle, who is touring to promote his most recent album, “So You Wannabe an Outlaw,” will be appearing on West Virginia Public Radio’s Mountain Stage in Charleston on July 16, followed by three Ohio performances — Cincinnati on July 20, Marietta on July 22 and Kent on July 23.

Country musician Steve Earle’s latest album, “So You Wannabe an Outlaw” pays tribute to his idols Waylon Jennings and Willie Nelson of the “outlaw country” scene of the 1970s, a movement he said was less about subject matter and more about artistic freedom.

“Well, it’s one of those terms that was made up by somebody else after the fact,” Earle said in an interview with The Tribune. “It’s like rockabilly and other terms — which is a thing I’ve been guilty of.”

He said a journalist recently asked him if the records of outlaw artists were based mainly on the lifestyle they were leading, which Earle said was not the case.

“It was about a couple of country artists realizing that rock artists had artistic freedom that they didn’t have,” he said. “They wanted to make records like that. The earliest records that were made that way were “Shotgun Willie” and “Phases and Stages” (by Nelson) and “Honky Tonk Heroes” (by Jennings). This record is largely musically based on those.”

Honoring his mentors
Earle said the influence of those artists on him began when he left his native Texas for Nashville. He said, before leaving Texas, he was in the audience at the first of Nelson’s famed annual Fourth of July picnics.

He recalled the scene upon his arrival, when it was “all about Waylon and Willie,” and he was part of a group of songwriters, which included Guy Clark, one of his mentors, to whom he pays tribute with the haunting track “Good-Bye Michelangelo” on the new record.
“Waylon was a big part of that, “ he said. “There was also a contingent around John Hartford, and then there was Waylon who, if he was off the

road, would be in J&J’s Market late at night, banging on the pinball machine.”

Earle described the songwriting scene as “pretty democratic,” and said he met Jennings a few times, but did not stand out to him until he started making records of his own, beginning with 1986’s acclaimed “Guitar Town.”

“He was very supportive when I started out in the ‘80s, and we were on MCA at the same time, so it’s a connection to who I am and what I do.”

Recording the album
Earle said the decision to do a Jennings-inspired album, recorded with his backing band, The Dukes, came after he was recruited by producer T. Bone Burnett to write a song, “If Mama Could Have Seen Me,” for the television series “Nashville.”

They used it on the show, then I kind of forgot about it and kept on working on Colvin and Earle songs,” he said, referring to his last album, a set of duets with Shawn Colvin. “Meanwhile, Buddy Miller takes over job, and asked me to write another song.”

The result was “Lookin’ For a Woman,” which also appears on the new album. “I go do the Colvin and Earle tour. Then I start thinking about my own record and those two songs have a thread that runs through them. I was like, “Oh!” and I looked at my phone and I was like, “I’ve been listening to ‘Honky Tonk Heroes’ again.”

He said Jennings’ work is part of a select few he always returns to.

“There’s a couple of Beatles, a couple Stones, a couple Willie, Waylon and Johnny Cash that I listen to every 10 years,” he said. “That’s kind of why I was able to allow myself to put a turntable in my apartment in New York, even though there’s limited space for vinyl. I thought, ‘You know what? I only listen to about 15 records anyway, when it gets right down to it’.”

Connecting with contemporaries
One of the standout tracks on the record is “This is How it Ends,” which Earle recorded with Miranda Lambert.

Earle said he finds the most interesting work in today’s country music to be that coming from female artists.

“The deal is, I like what the women are doing better than what  guys are doing, because their songs are about something,” he said. “It just kind of that the guys right now are writing party songs and I’ve been sober 22 years. I’m old and I don’t relate to that. (…) I like my drinking songs with a little bit of guilt.”

Earle, who battled substance abuse issues in the 1990s, said he is working on a book on the subject, which he hopes to finish by year’s end.

“It’s a literary memoir, largely about recovery,” he said. “It’s called,  “I Can’t Remember if We Say Good-bye.’

Hitting the road
Earle’s tour promoting the album will bring him to Ohio and West Virginia, with dates scheduled for Cincinnati on July 20 and Marietta on July 22.

On July 16, he is scheduled to make a return visit to Mountain Stage, in Charleston. The program, which airs on West Virginia Public Radio and is syndicated nationally, was the subject of funding battles this spring, finally getting a reprieve from a proposed elimination by Gov. Jim Justice.

“We waited a long time to figure out if we were going to do this,” Earle said of the now sold-out date. “We were waiting to see if the funding would hang in for this show.”

He spoke of the importance of support for shows like Mountain Stage and the arts, facing proposed cuts to the National Endowment for the Arts by the administration of Donald Trump.

“It’s really important for that kind of music,” he said. “Public funding for art — we never did it well, or enough of it. And now we’re doing even less. Art is important — it really is.”

Earle said he has had memorable experiences performing on Mountain Stage over the years, recalling that his last visit, in 2001, took place on the day of NASCAR racer Dale Earnhardt’s death, and the crew was watching the news breaking on television.

“I’ve done in it multiple venues,” he said. “I’ve done it at the Regatta, when we did it on the stage down at the river. The last time I saw Jesse Winchester was on Mountain Stage. So I have a lot of attachment to it. It’s been a while and I’m glad to be doing it again.”

Political songwriting
Earle is known for his leftist leanings and albums addressing political issues, such as “Jerusalem,” and said one of his best-received works, 1999’s “The Mountain,” recorded with the Del McCoury Band, became a political work by accident.

“The bluegrass record ended up pretty political, because that music comes from the southeast and the coal mines, and that’s a big part of the culture,” he said. “As a leftie, that’s interesting to me, because of the history of labor music.  Is right there in those mountains.”

The title track of “The Mountain” has become of an anthem to many in the labor movement, something of which Earle is aware.

“I’m so proud of that,” he said, before weighing in on the actions of mine owners. “But the deal is they came in and put in, all over West Virginia, all these long walls, without unions. And they were smart. They paid people a lot of money, but people are dying and it’s not regulated. And people will fight for jobs. It’s a hard thing to combat. They’re making good money. But the truth is there’s only so much coal and it going to go away.”

Earle’s latest record was recorded in December, shortly after the election of Donald Trump to the presidency. He briefly weighed rethinking the release, given the changing political climate.

“I’d written all the songs and knew what it was going to be,” he said. “And I thought about ‘Well, do I scuttle a third of this record and come up with political stuff?” Because I could have, but I decided ‘No, let this be what it is.” And what I’ve arrived at is the best country-rock band that I’ve seen in a long time, and I’m right in the middle of it.”

He said he and the band arrived at this album, organically, after 10 years of work. Though this release contains no political statements, he said he envisions a return to such songwriting.

“Let this record be what it is, and the next record will be more country and way more political, which could be interesting,” he said.

— For more information on the album and tour dates, visit http://www.steveearle.com.