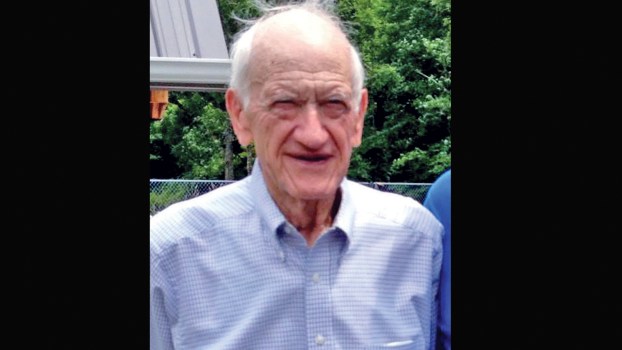 Was known for dedication to Lawrence County Fair

Lambert was a 1950 graduate of Kitts Hill High School, where he played basketball.

“He was all county and all district,” his son, Randy Lambert, said. “He was offered a scholarship to Rio Grande, but he stayed home to work.”

He served on the board of directors for Ohio Youth Development Corp. and 4-H advisors for 12-plus years.

Lambert was known for his passion for farming and his deep involvement with the Lawrence County Fair, for which his son Randy now serves as president of the board.

“He started as a 4-H advisor in my older brother’s first year in 4-H,” Randy said, stating that his parents and another couple started a club, Kitts Hill Workers and Winners, which they maintained the advisorship of. “He stayed in the fair during the whole time he had the grocery store business,” Randy said, and said after closing the store, he still attended to support his grandchildren.

He said his entire family has been involved with the fair for three generations, going on four.

“My brothers — all five of us, took animals, then, then, the grandkids, and now his great-grandkids will,” Randy said, noting the work they have done. “My brother, Steven, is on the livestock committee and I’ve been on the fair board for 12 years.”

Chris Collier, vice president of the fair’s board, said Lambert was involved with the fair since its earliest days.

“He goes as far back as to when they were doing it on the lawn of the courthouse.”

Collier said Lambert was instrumental in starting the livestock sale, which takes place at the end of each year’s events.

“Kids would bring animals to the fair and show them off,” Collier said. “Don was the businessman who first put together the sale every year. That sale is important to kids, who use the money for things like school clothes,” he said.

Collier said Lambert always participated in the fair and was a 4-H advisor.

“We have truly lost a pioneer,” he said

Randy also spoke of his father’s involvement with local schools.

“He was part of the last class to graduate from Kitts Hill High,” he said. “In his 20s, he was on the Rock Hill School board when they consolidated, and then he was on the Lawrence County school board.”

Lambert is survived by his wife of 66 years, Jeannine Heaberlin Lambert, with whom he had four sons, Steven, Randy, David and Kevin, and a daughter, Lecia Lambert Menshouse.

Lambert and his wife were owners and operators of Lambert’s Market at two locations, in Aid and Hecla, for nearly four decades, and he worked for Alpha Portland Cement, Cement Solvay, was an Ashland Oil distributor and was road supervisor for the Lawrence County engineer.

Randy described his father’s work ethic, having been born during the Great Depression.

“He started very poor and took a job at Kitts Hill Dairy, he said. “He worked nonstop at the plant and on the farm. He was a tough man, but when the grandkids came, he changed to more jovial and easy going. He was very relaxed and fun-loving.”

The Lambert family will receive friends from 4-7 p.m. today at Mamre Baptist Church, located on State Route 141 in Kitts Hill, where Lambert was a member for 63 years. Funeral service will follow at 7 p.m., with the Rev. Ryan McKee, the Rev. John Paul Patterson and the Rev. Chuck Herrell officiating.