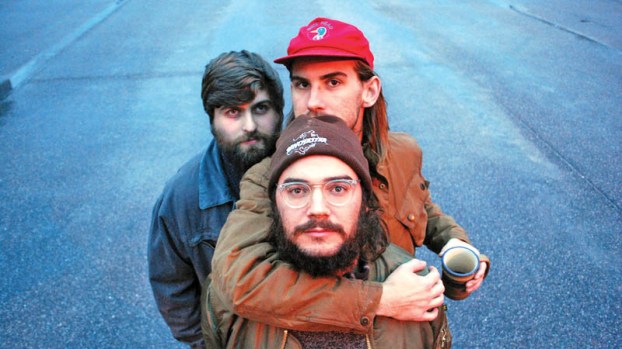 Athens, Georgia band Oak House are set to perform at the V Club in Huntington tonight.

HUNTINGTON — An up-and-coming indie band is set to bring its live show to the Tri-State tonight.

Oak House, from Athens, Georgia, will perform at the V Club, located on Eighth Street.

Cash said the group draws from a wide variety of influences.

“Our base player is into jazz, our drummer is into metal and indie and I’m into classical music and indie rock.”

He said, as a three-member band, they try “fill as much sonic space as possible.”

“We try not to sound like the Jimi Hendrix Experience or a standard three-piece,” he said.

The band has been described by critics as “melodic” and they are known for their high-energy shows.

Cash said while they are definitely a rock act, they bring an added element to the audience.

“It’s not just the sheer volume,” he said. “We strive to be more cinematic.”

He said the band’s lyrical content delves into “strong psychology” and “how the proverbial artist is not feeling good about anything.”

Opening for the band on their first visit to Huntington are their friends, Easter Island, also from Athens.

“They’re a post-rock act and bring something a little different,” Cash said of the band.

The show is set for 8 p.m.. Tickets are $7. For more information, vist www.vclublive.com.

City Heat to perform at Farmers Market Square next Tuesday Next Tuesday will be the final concert at the Farmers... read more