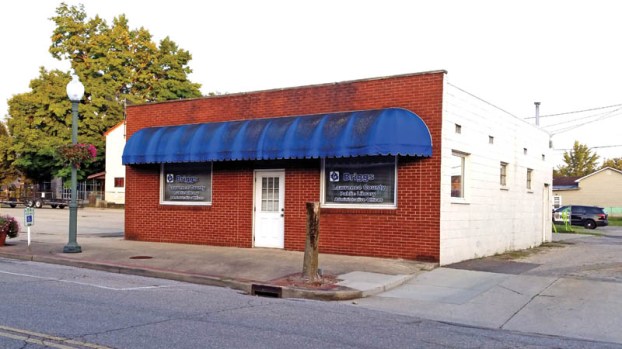 A recent purchase by the Ironton Municipal Court of three lots at the corner of Vernon and Fourth streets has Ironton City Council asking questions about liability.

A land purchase has the Ironton City Council asking questions.

On Monday, Ironton Municipal Judge O. Clark Collins met with the Briggs Lawrence County Library board and made an agreement to buy three lots at the corner of Vernon and Fourth streets, between the library and the Ironton City Center, for $150,000.

Collins then sent a court order for the distribution of funds to Ironton City Finance Director John Elam for the money to come from the court’s special projects fund.
Elam presented the purchase order to the Council’s Finance Committee on Thursday before the regular meeting.

The council had numerous questions ranging from whether a municipal is allowed to own property and whether the judge had the authority to make the purchase to who the property is deeded to and whether the city is responsible if someone is injured on that property.

The property had been used as the library’s administrative building and has two parking lots.

Collins said on Friday that the building was bought under Ohio Revised Code 1901.26 (B) (1), which states, in part, “the municipal court may determine that, for the efficient operation of the court, additional funds are necessary to acquire and pay for special projects of the court including, but not limited to, the acquisition of additional facilities or the rehabilitation of existing facilities, the acquisition of equipment, the hiring and training of staff, community service programs…”

“I think it is a great buy,” Collins said, adding that the original asking price was $190,000. “We are going to use it for community service and we can keep our trucks, trailers and our mowing equipment there.”

He added they would like to expand their probation department and they can use the building for that.

“So that is what those facilities were acquired for,” Collins said. “And I want people to understand, no taxpayer money was used for this purchase. It came out of the municipal court’s Special Projects Fund. And that’s exactly what that statute says, that we can acquire existing facilities. The property is right next to us, I think it makes perfect sense.”

On Thursday night, Councilman Kevin Waldo, who is a Lawrence County assistant prosecutor and is one of two candidates running for Collin’s municipal judge position after he retires this fall, said that the land purchase was a municipality issue and the council’s legal counsel should have been involved.

“Our solicitor should have at least observed the deed for its legal sufficiency,” he said, adding that neither Bob nor Mack Anderson had seen the deed and that it had as the municipal court as the grantee. “Well, the municipal court is not a legal grantee that can own real estate. They can’t.”

He added that no municipal court in the United States could be the owner of real estate.

When asked if he wanted a legal opinion from council counsel, Waldo said that he didn’t need an opinion on the matter because there is no way they can void the transfer.

Councilman Bob Cleary asked Elam if it was already a done deal and if he was just bringing the council the information.

“So there have already been deeds made and transferred,” Cleary asked.

“A deed, It hasn’t been transferred and recorded yet, for whatever reason,” Waldo clarified, adding he had checked at the recorder’s office at 4 p.m. on Thursday. “It was executed on Monday night.”

The matter was brought up again in the regular meeting under miscellaneous section of the agenda.

Vice Mayor Craig Harvey said that court had bypassed the council, which is the governmental body that decides whether or not the city acquires or sells property.

“Nobody sitting up here, that I am aware of, had any clue that it was going on,” he said.
Cleary asked Elam whether the document he got was marked as a court order.
Elam said it did.

When the Council got to the miscellaneous section, the property issue came up again.
Harvey asked Waldo to help him with a request to Anderson as to the issue of who owns the property.

“Especially the real estate. I can’t fathom that somebody would make a deed out to the Ironton Municipal Court,” Waldo said, adding that if the deed is made out to the court, then the court has to pay insurance on it and maintain the property. “Is it covered under the city’s insurance? Who is responsible for it?”

Collins said the property is deeded in the name of the municipal court.

Waldo said there were trailers from the municipal court in the parking lots already and the deed was signed at 7 p.m. on Monday night.

“It doesn’t make any common sense that the court can mandate something and then boot strap the council. We are the governing body of the city. We can’t be made to accept the responsibility of a building that I guarantee that none of us have been in. We’ve never even looked at it.”

Ohio Attorney General spokesman Dan Tierney said he couldn’t speak to the specifics in this particular case but in general, accommodation purchases done for the municipal court is done through a legislative body that established the municipal court.

Athalia Dillon Chapel still on same foundation as when built in 1877 ATHALIA — Established in 1877, the Athalia Dillon... read more