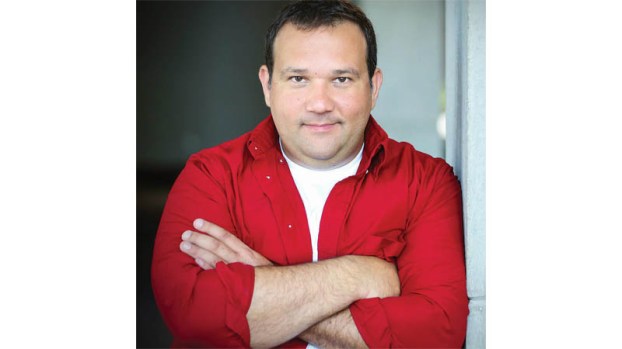 Ironton High School graduate and current television writer and producer Mickey Fisher recently made two donations to the school, which were accepted at a recent Ironton Board of Education meeting.

Fisher donated $10,000, which will be split three ways between the band, varsity singers and the performing arts department, as well as a $2,500 donation to the robotics team.

“Ever since I left college, it has been important to me to pass on my love and passion for the arts to younger generations. For a long time, I was able to do it in person, whether holding workshops, starting theater programs for kids or directing shows,” Fisher said. “For the past four years, I’ve been working in television and it’s kept me from doing as much back home, but on the plus side, it gave me the opportunity to offer some financial support. I’ve been really blessed to have had these opportunities, and it means a lot to be able to pass that on to the kids at home.”

As far as donating to the Ironton High School robotics team, Fisher said that science and technology are extremely important for kids.

“The older I get, the more I see how important the arts and science are going to be for the future of this country. We are making decisions right now on a global level that kids today will be dealing with years after we’re gone,” he said. “They will face unimaginable challenges, and the ability to think creatively and to keep pace with the rest of the world in the fields of science and technology will be crucial in facing those challenges. I believe that art and science make the world a better place.”

“We are very grateful for his interest in the performing arts and technology, and we’re humbled by his donations. This will go a long way to benefit these programs,” Nance said. “We’re very proud of Mr. Fisher and his accomplishments, and we’re proud that he’s an Ironton High School graduate.”

Some of Fisher’s works include creating former CBS television series Extant, writing for FX series The Strain and contributing to a six-part series about Mars for National Geographic. Fisher’s first major project “The King of Iron Town” was also shot in Ironton.