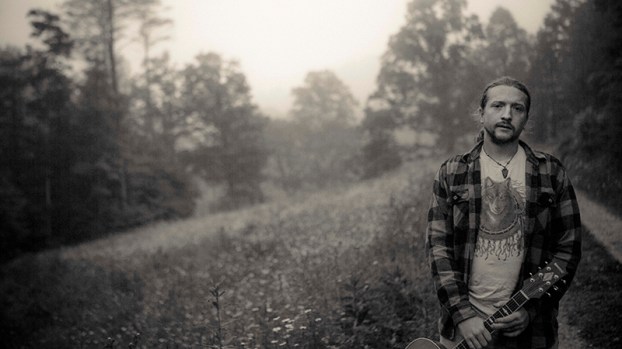 Childers, who resides in Lawrence County, Kentucky, has been playing shows in the region since he was 18. Photography by David McClister

Musician Tyler Childers has been a local and regional favorite for some time now, but, in the past year, the secret is out and his career is taking off both nationally an internationally.

Childers, who resides in Lawrence County, Kentucky, has been playing shows in the region since he was 18.

“My first gigs were in Huntington, West Virginia,” he said, noting that he received his first guitar at the age of five.

“I learned B, C and D,” he said, “But I really began to take an interest and started wanting to learn more when I was 13.”

Childers said he took a series of “odd jobs,” while working to build his name in the music industry, employed at a vineyard, a hardwood flooring company and doing wiring work.

“Just anything I could do to bring in money while I was gigging and making no money,” he said.

Childers said, about a year and a half ago, while playing shows in Kentucky, he encountered Grammy-winning country musician and fellow Kentuckian, Sturgill Simpson, meeting him through his drummer.

Rolling Stone magazine has described Childers as Simpson’s protégé, and since their meeting, the two have performed together and Simpson produced Childers’ debut album, “Purgatory,” released Aug. 4 on his own label, Hickman Holler Records.

In the past two years, Childers has played a number of prominent events and venues, such as shows in Nashville, two appearances on West Virginia Public Radio’s Mountain Stage and the Nelsonville Music Festival.

He recently completed a 27-date run of the west coast, as well as string of shows in Europe, taking him from London, to Amsterdam, to Oslo.

“Not bad for a holler boy,” he said, adding that he always wanted to travel.

“But any time spent traveling was less time spent playing,” he said. “I always figured, if I was meant to go see places, my music would take me there. And, a little over six years of being out there, it’s finally happened.”

Childers’ music is firmly rooted in his life growing up in Appalachia, with locales from the region, such as Cranberry Glades in the song “Universal Sound,” making appearance in his lyrics.

“I wrote that about the personal beliefs that everybody has — their own philosophies on life and spirituality,” he said. “That’s something I hold near and dear to me to get through the day.”

Childers describes his sound as a mixture of his influences, which include modern groups like Drive-by Truckers, as well as classic artists like Merle Haggard and Buck Owens.

However, he said many of his influences came from right at home.

“People who let me open for them,” he said. “There’s John R Miller. And Luna and the Mountain Jets. Her husband, David Prince, was my high school teacher, was in Night Train. I remember hearing her in high school and she had a big impact. There’s a lot of music where we’re at and where I’m from to be inspired by.”

Despite his growing fame, Childers still resides in eastern Kentucky. He said, the changing nature of the industry doesn’t require an artist to pick up and move to a bigger city.

“I think our trajectory stands as testament to that,” he said. “Nowadays, it’s more important to just get out there, do it and start creating buzz and a social media presence by getting music out there, whether by things like Youtube and Bandcamp. That way, you create something tangible people can get behind and have after they leave the show.”

These canines are more than just companions, they have a job to do Stacey & Midnight Moon Therapy dogs are... read more