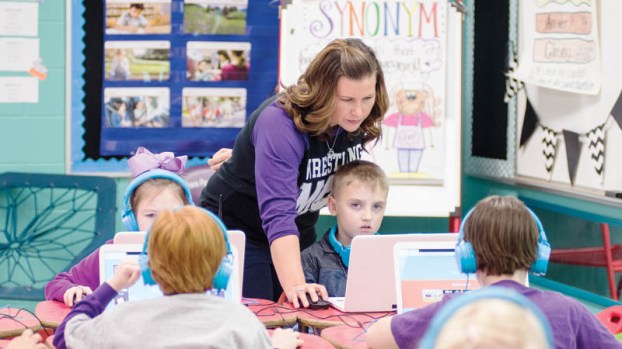 Only 12 schools in Ohio received distinction

CHESAPEAKE — A Lawrence County school is one of 12 in Ohio being honored by the state department of education as a School of Honor.

Chesapeake Elementary received the distinction for the 2016-2017 and was cited with the additional distinction of High Progress.

“Only 12 schools were recognized and we were the only school in Lawrence County,” principal Trisha Harris said.

According to the program’s website, Schools of Honor program is aimed at recognizing schools, serving a significant number of economically-disadvantaged students, that sustain high achievement and substantial progress.

The U.S. Department of Education approved the Schools of Honor program as part of the state’s flexibility waiver for the Elementary and Secondary Education Act in 2012.

To be named a High Progress School of Honor, a school must be a Title I recipient or Title I-eligible, serve 40 percent or more economically disadvantaged students, have gains in its combined reading and math proficiency over the past five years that must meet or exceed the 90th percentile of all statewide gains, meet or exceeded the progress measure for the three most recent years for which the school has data, have an Annual Measurable Objectives grade of A, B or C for the 2016-2017 school year and, in 2014-2015, 2015-2016 and 2016-2017, the overall progress grade must be an A or B.