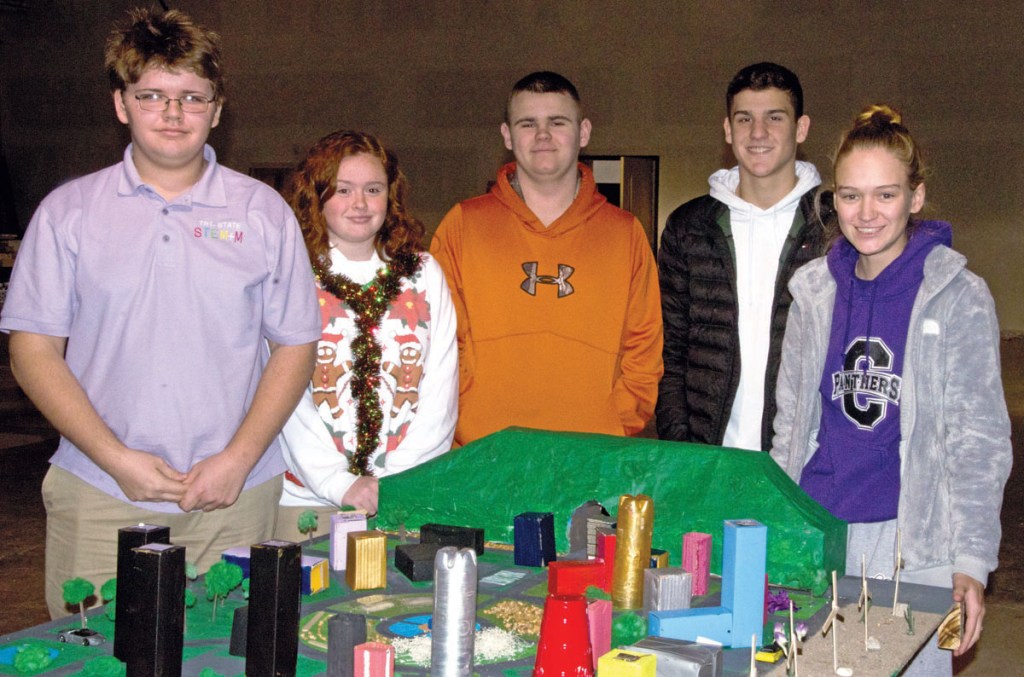 SOUTH POINT — Students at the STEM+M Early College High School have been working the past nine weeks to design a model for a better future.

The Green City project asked students to build a futuristic city, according to specifications.

“They made models,” school director Jayshree Shah said. “They were asked to be sustainable, energy efficient and have climate control.”

Shah said the cities had drainage and transportation systems and were built to scale.

“They were also given the population, so math was incorporated,” she said.

Shah said the school’s 58 students split into teams of nine to construct the cities from reusable materials.

They were also asked to create a video about their city.

Lead teacher Alicia Spears said the students randomly drew from possible parts of the world their cities would be located in.

“They had to consider climate features and the water supply,” she said.

Once the projects were completed, the students made presentations to the fifth grade class at Chesapeake Elementary, via Skype.

“We asked them what they would like to see in a city initially,” Shah said.

The elementary students, under teacher Heather Bowen, were asked to judge the projects.

“Most kids had a hard time picking a favorite, so I had to ask them to rank them from 1-10,” Bowen said in a message to the students announcing the winners.