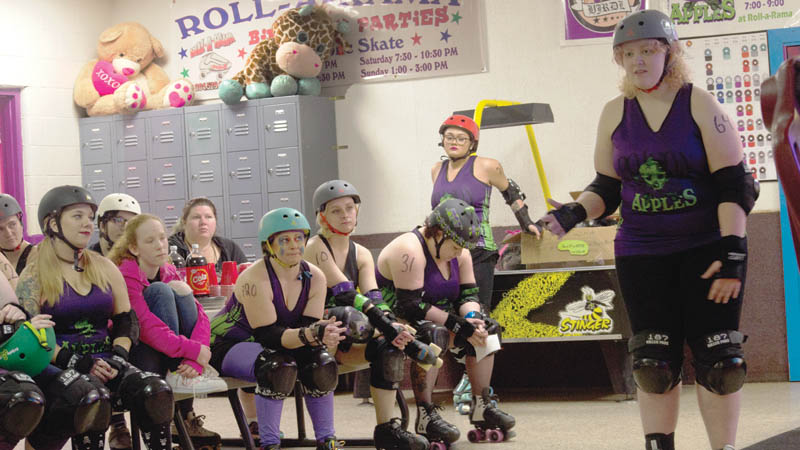 Katie Norman, who plays as “Brawl McCartney” for Poison Apples Roller Derby, tells attendees about the sport at an informational meeting for prospective members on Thursday at Roll-A-Rama in Huntington.

HUNTINGTON — Over the past decade or so, roller derby has been growing in popularity, and a team in the Tri-State is inviting people to give the sport a try.

The Poison Apples hosted an informational session on Thursday at Roll-A- Rama in Huntington.

The team has been in existence for about four seasons and takes part in matches both home and away.

Katie Norman, who plays as “Brawl McCartney,” described the bouts as “a full contact sport” and said the goal is to “knock other people down, while trying to avoid getting knocked down.”

The Apples, with  members from across the Tri-State, play on a flat track in the matches, in which the two opposing teams skate in the same direction around the rink. Each team has a jammer, whose job is to lap the other team, resulting in points scored.

Norman said there are some misconceptions about the sport, due to the way it was presented in the 1980s, when it was televised. She said, in those days, it was more of a performance for the cameras, with games being rigged with a set outcome.

She said modern derby is “more athletic,” has been made safer and is an actual competitive sport.

A group of about 10 women turned out to the event, where team members, along with coach Levi Hogan, told the prospective members what they could expect and described the impact roller derby and the group has had on their lives.

Amelia Beatty, who plays as “Daisy Disaster,” said she came to a session one night with her husband and son and was interested in playing, but somewhat intimidated.

Getting over her trepidation, she gave it a try and found that she “absolutely loved it.”

She said the action of the bouts is a great way to relief the stress she deals with as a mother, teacher and grad student.

Hogan also pointed out that Beatty had no reason to be concerned about her petite stature.

“I’ve see her drop girls as big as I am,” he said. “Size is not something to worry about.”

Another player, “Veruc Assault,” said she was similarly intimidated at first when she started four years ago.

“I showed up and sat in the car for a half hour,” she said of her nervousness.

She said any social anxiety she had was put to rest by the welcoming atmosphere of the team.

“Every girl was great,” she said, and added that the mini goals set during practices helped her to build confidence in playing.

Following the presentation, they took the visitors to the rink, where they did a demo jam to show what gameplay is like, then invited everyone to skate.

Norman assured the visitors that the helmets, kneepads and other protective gear they wear, along with mouthguards, feel like “giant pillows” and make the impacts of the game a non-worry.

She said team members purchase their own equipment and members pay dues to the Women’s Flat Track Derby Association, which coordinates matches.

However, she said the team had loaner gear on hand, so people could come to a few practices and get a feel for the sport and see if they liked it before investing.

Kelly Jackson spoke of her time on the team, and said she had stuck with it, returning after having children.

“I couldn’t wait to get back on the track,” Kelly Jackson said. “It’s nice, as an adult, to be able to have a thing you want to do more than anything in the world. It makes you happy.”

Norman said the Apples’ next match is set for April 8 at Roll-a-Rama, located at 137 7th Ave. in Huntington.

She said more information about the team is available on their Facebook page and those interested who could not make it to Thursday’s event can always drop by one of the Apples’ practice sessions, which take place on Tuesdays, from 5:30-7:30 p.m. and Thursdays from 7-9 p.m. 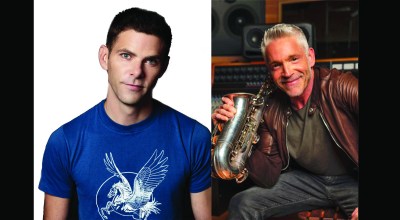 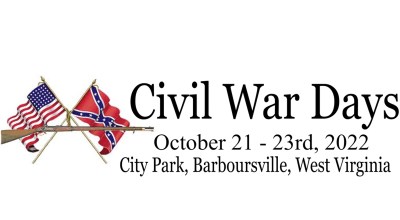