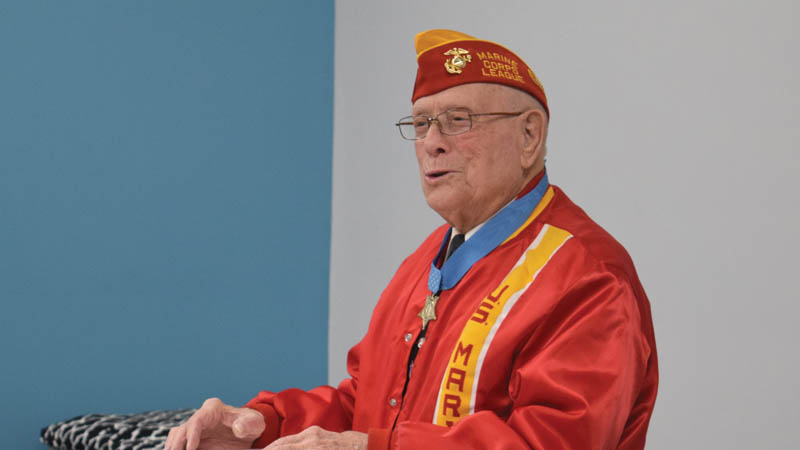 Medal of Honor recipients to be honored by NFL

MINNEAPOLIS (AP) — The NFL will salute 15 recipients of the Medal of Honor, the United States’ most prestigious military decoration, when they participate in the coin toss before the Super Bowl on Feb. 4.

World War II veteran Hershel Woodrow “Woody” Williams, who received the Medal of Honor during the Battle of Iwo Jima, will flip the coin, surrounded by the others being honored.

At 94, Williams, of Ona, West Virginia, is the second oldest living recipient of the Medal of Honor.

Williams, whose only cover was from riflemen, and armed with a flamethrower, destroyed several Japanese machine gun pillboxes, which opened a gap in the enemy defenses and allowed U.S. forces to move forward.

He spoke with students at the STEM+M school in South Point in November.

Williams said the circumstance of receiving the Medal of Honor changed him.

Williams said his life was never the same after that.

“We are pleased to continue the NFL’s longstanding tradition of hosting special tributes to service members at the Super Bowl.”