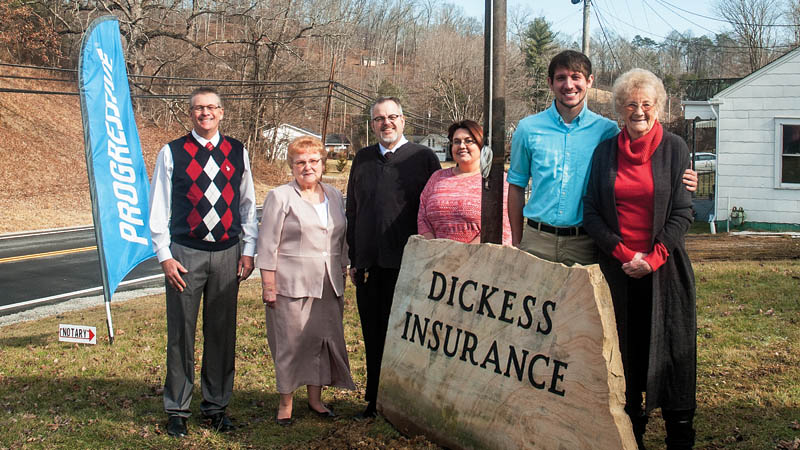 A Lawrence County insurance agency is celebrating its 100-year anniversary this year.

Dickess Insurance, located on State Route 141 in Ironton, was started in 1918 by W.T. Chapman, and although the original company was a private insurer under a different name, it is still operated by the same family.

“My father started the company, then my husband, Mack Dickess who’s now deceased, and I owned it,” Lillian Dickess said.

The business has moved a few times over the years, but has always remained in Lawrence County.

Chapman started the business out in the country as a one-man insurance company. The office then moved to a white house on State Route 141 before to the basement of Lillian Dickess’ home nearby before an addition was built onto her house for the business. And just last week, Dickess Insurance moved into its new location, a trailer next door to Dickess’ home.

In 2003, Dickess’ son, Ron Dickess, took over the company, and his son, Nathaniel Dickess, is currently running the day-to-day operations and waiting to eventually take over.

“The business has grown a lot over the years,” Nathaniel Dickess said. “When it first started, it was just standard fire policies and house insurance. We’re now a full service agency and we’re also getting ready to start life and health insurance.”

Also more than 100 years old are the two companies Chapman began his business with, Sandy and Beaver Insurance Company, which was established in 1879, and Ohio Mutual Insurance Group, which began in 1901.