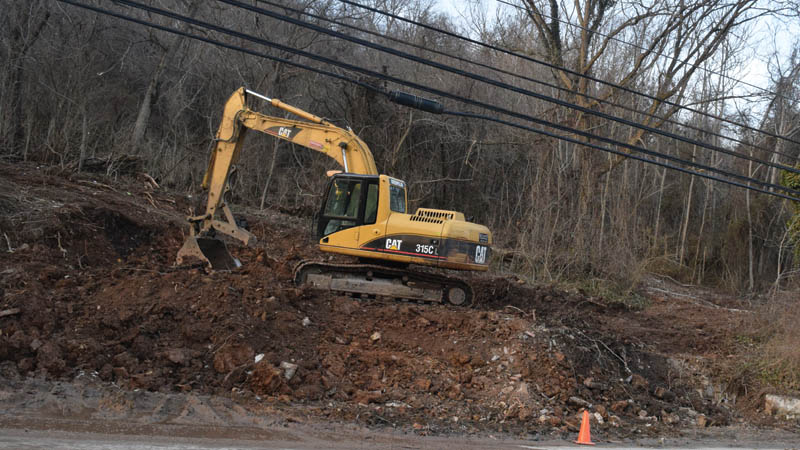 Crews working with the Lawrence County land bank demolished the property on Rockwood Avenue on Jan. 27. Clean-up is now underway and the property will be brought up to construction grade.

CHESAPEAKE — “How many people have seen those houses coming down on Rockwood,” Tom Schneider,  director of Lawrence County’s land bank asked those attending the meeting of Chesapeake’s village council on Monday.

Schneider was there to give an update on the land bank’s activities, which included demolitions of several dilapidated and abandoned buildings that the council had long sought to be rid of.

Schneider said the land bank has knocked down 70 structures to date, and has plans for 32 more in the coming year.

In the past few weeks, five of those have been in Chesapeake, with two more slated for demolition.

One of those, the Curry property, was taken down on Jan. 27. The abandoned building was located directly adjacent to County Road 7/Rockwood Avenue. Built into the hillside, its exterior walls were visibly coming apart and village officials had described it many times as “about to fall into the road.”

Schneider said one of the properties the land bank hopes to target is a burned-out home on Rockwood, which was the scene of an October 2016 fire that killed three.

“People want to be rid of that eyesore, considering what a painful thing happened there,” Schneider said.

In order to be demolished by the land bank, a structure must be abandoned and one-year delinquent on taxes.

However, Schneider said there are properties they want to move on, but are unable to, and said he was there to ask the mayor and council for help.

He said the village could pursue condemnation of “horror houses” that were not tax delinquent.

“When condemned, the lank bank can go to folks and buy those properties,” he said. “There are ways we can work with people, so they don’t feel ripped off and we can come together and remove blight.”

He said this has been done once in Ironton and the village of Proctorville is working on doing so. He said such efforts would need to go through the health department and other legal channels.

Schneider also stressed that the land bank is not in the business of evicting anyone from their homes and can not do so.

Schneider said he hopes the land bank’s efforts can turn things around for the county.

“Lawrence County has lost a lot of people over the past 25 years,” he said, noting that those coming to the county are having trouble finding quality housing.

“Hopefully, we can remove blight and put affordable housing in place,” he said.

Templeton thanked Schneider and the land bank for their work in Chesapeake and said he would be looking into the condemnation process and speaking with attorneys.

• Approved January minutes and paid bills. The council approved minor revisions to the minutes, as Christine Nichols had been listed as a “fiscal officer” instead of “clerk treasurer.” Nichols is filling the remaining two years on the term of Houston, who announced her resignation in January.

Templeton said there is a possibility that the position, an elected one, could be changed to an appointed position, but no plans have been made.

Monday’s meeting was the first since Houston’s retirement. She normally opened each meeting by leading the prayer. That duty was handled by council member Richard McMaster for the meeting.

• Heard from Templeton, who said the village ended and started the year with $25,000 in the general fund.

“That’s a lot better than the past several years,” he said.

Templeton also said the village had received $15,000 for its share of money from a drug bust, carried out in spring 2017 by then-interim police chief Randy Lewis.

Templeton said that money would go into a law enforcement trust fund.

• Heard from a resident who said that feral cats have been a problem on Second Avenue and asked what could be done. As the county’s dog warden does not handle cats, Templeton said he would be making calls to a number of contacts, including the Humane Society and others, to look into the matter. 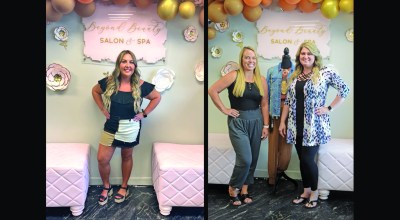 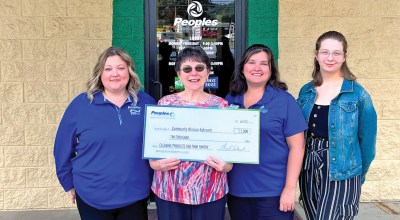