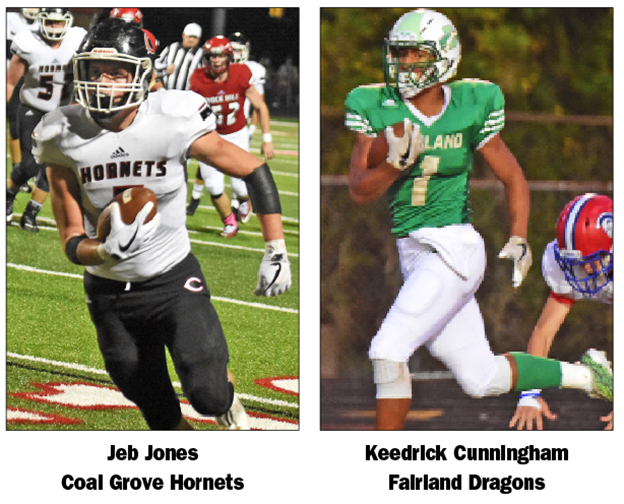 COAL GROVE — Looks like Coal Grove Hornets head football coach Evan Ferguson is going to have some familiar company at the North/South All-Star Game.
Ferguson was selected to be an assistant coach for the South squad in the Divisions 4-to-7 game.
Selected to play in the game for the South team will be Coal Grove senior Jeb Jones and Fairland Dragons’ senior Keedrick Cunningham.
“When coach told me, I felt honored that I was selected and will be able to participate and represent my school and community,” said Jones.
“I’m excited to be selected and to be able to play against some of the best talent in the state and be able to showcase my hard work that my coaches and teammates have instilled in me.”
The 6-foot-3, 210-pound Jones has been a three-year starter at offensive and defensive end for the Hornets while also playing some linebacker.
Jones was a first team All-Ohio Valley Conference selection, first team Div. VI All-Southeast Ohio and special mention All-Ohio.
Jones was a key figure as the Hornets won the Ohio Valley Conference title this season and qualified for the postseason playoffs. He helped the Hornets reach the regional finals.
“It’s an honor to represent Southeastern Ohio and not just that but the OVC as a whole,” said Jones. “I take this opportunity to be able to showcase my talents and what Southeastern Ohio has to offer.
“It will be exciting to play with and against these players, many of whom will be taking their talents to the next level.”
The 6-1, 195-pound Cunningham had an outstanding season as he led Fairland to a 6-4 record in which he ran 148 times for 1,691 yards — an 11.4 yards per carry average — and scored 17 touchdowns.
He was an All-OVC first team pick, a first team Div. V All-Southeast district choice and second team All-Ohio.
Cunningham is the first Fairland player selected to play in the North/South game since Dean Wilks in 1985.
“It’s a tremendous honor. I’m excited to get to go up there and play with this level of players,” said Cunningham. “I’ve been talking to a lot of coaches and they feel the competition is slimmer (in Southeast Ohio), so I’m excited to show what I can do against some of the best players in Ohio.”
Fairland’s head coach is Melvin Cunninghan, Keedrick’s father. The elder Cunningham played at Marshall and was selected to play in the West Virginia North/South All-Star Game.
The younger Cunningham is more excited to play for his family, friends and fans than for himself.
“It’s not so much for me. I’m glad I get to do it for this school and the students who looked to me all football season. I’m glad they get to see I can move on and played in such a prestigious event and I’m happy for my family,” said Keedrick.
“My little brother sees me as a hero. It’s more for the community and the people around me, but I’m definitely honored and blessed to receive this opportunity.”
Coal Grove and Fairland are both members of the Ohio Valley Conference, so Jones and Cunningham know each other very well.
“It’ll be neat to team up with someone from the same area and who knows the struggles of being an athlete from these parts,” said Cunningham.
Although the Hornets beat the Dragons this season, Jones said he has great respect for Cunningham.
“With all respect to Cunningham for being the back that he is, it will be interesting to just sit back and be able to watch him perform and not have to worry about containing him as an opposing player.”
The game will be Saturday, April 28, at Massillon’s Paul Brown Tiger Stadium.
Divisions 4-to-7 will kick off at noon followed by the 4 p.m. game between Divisions 1-to-3.

Trojans hold on to edge Hornets 43-42 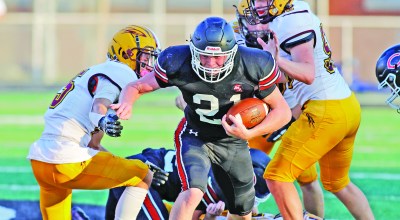 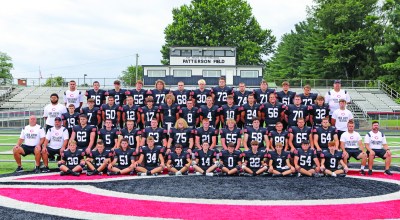