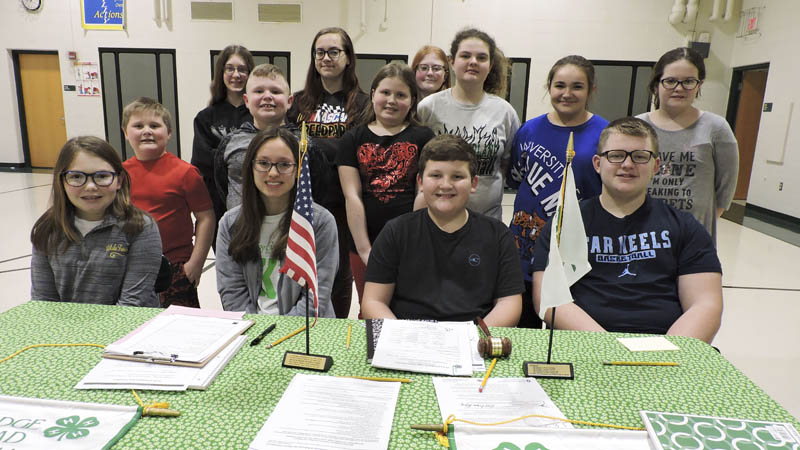 The Rome Guys and Gals held their meeting on Feb. 9, at the Fairland West Elementary cafeteria. Duncan Jones, president conducted the meeting which was opened with the Pledge to the American flag and the 4-H pledge. Kylie Hayes, secretary called the roll of members. Fourteen members were present and three new members. James Johnson, treasurer gave the financial report. The club has a balance of $94.

New members were welcomed. Old business: Discussion was held about Quality Assurance training for animal projects. Dates for the judging of nutrition projects were announced. 4-H Camp applications were distributed, and the rules for Camp were reviewed. Amanda Johnson, advisor gave out Family Guides and reviewed guidelines for selecting projects for the fair. She announced that project books should be paid for before ordering this year. A review of parliamentary procedure was held.

Members discussed ideas using the 2018 theme, “Find Your Path in 4-H” to plan events throughout the year.

Members discussed attending the gun safety training later in February at the Huntington Museum of Art.

A motion was made to adjourn. The president adjourned the meeting.

A service project to make valentine cards for the residents of Proctor’s Landing Senior Living Apartments was conducted.

Members made cards for sixty residents. Refreshments were provided by the Barker family. Members played basketball after the meeting for recreation.