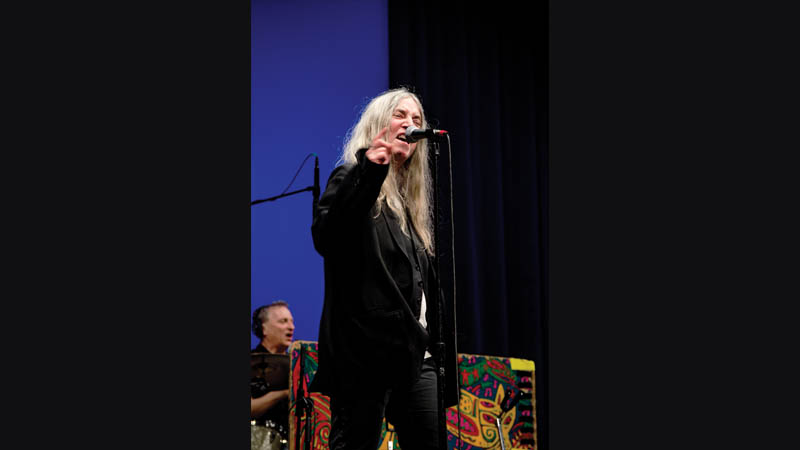 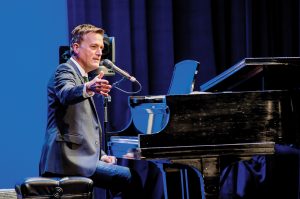 Heath Harrison/For the Tribune
Kenova native Michael W. Smith performs during his induction into the West Virginia Music Hall of Fame on Saturday at the Culture Center Theater in Charleston, West Virginia.

Smith, 71, was in town for the induction ceremony at the West Virginia Music Hall of Fame on Saturday, where her husband, Fred “Sonic” Smith of the seminal band the MC5 was honored, and stuck around to perform on West Virginia Public Radio’s Mountain Stage on Sunday.

Performing her most well-known song, “Because the Night,” co-written with Bruce Springsteen, with lyrics about her then boyfriend Fred, Smith accepted the award on his behalf, along with the couple’s son, Jackson, daughter, Jesse, and longtime collaborator Lenny Kaye.

She is the author of the 2010 memoir, “Just Kids,” which the National Book Award for nonfiction. The follow-up book, “M Train,” recalls her life with her husband.

Fred, who died in 1994 at age 45, was a native of Broad Branch in Lincoln County and served as guitarist for the highly influential band in the late 1960s. He and Smith were married in 1980.

The Mountain Stage taping, which also featured a performance by Robbie Fulks, as well as a multi-artist tribute to West Virginia native Little Jimmy Dickens, will air in coming weeks over West Virginia Public Radio and will be available for download on the show’s website.

Michael W. Smith was inducted by his longtime friend and mentor, Dan Ferguson, the former pastor of First Baptist Church in Kenova.

A larger look at the ceremony and this year’s inductee’s will be featured in an upcoming issue of Tri-State Living magazine, published by The Tribune.