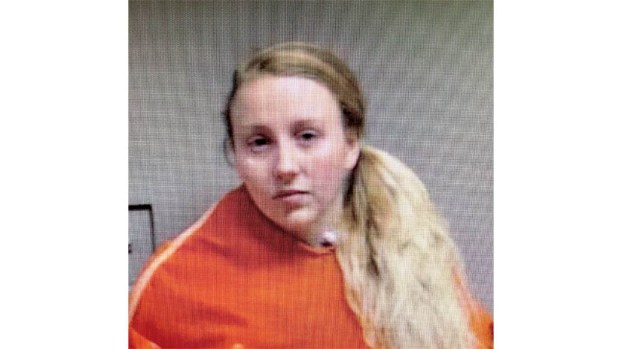 4th arrest made in school threats

For the fourth time in less than a week, a Lawrence County student has been arrested for making a threat against their school.

This time, the student is from Symmes Valley and since she is 18, her name is being released unlike the three juveniles who were arrested.

According to the Lawrence County Sheriff’s Office, Breianna N. May, 18, of Willow Wood, was arrested by detectives after an extensive investigation. On Feb. 21, a threat was made on a popular website that a shooting was going to occur at Symmes Valley. Detectives had been investigating the threat since it was made and obtained search warrants for the social media site and cell phones.

“Through these subpoenas, the IP address was obtained, which lead us to where the message had been generated,” Lawrence County Sheriff Jeff Lawless said. “Suspect May had been a person of interest for a few days while detectives continued to develop evidence.”

He said that when detectives interviewed May, she admitted to posting the message.
May has been charged with one count of inducing a panic, a fourth-degree felony and one count of terroristic threats, a second-degree felony.

She will be arraigned at 9 a.m. Friday in the Lawrence County Municipal Court.

This is the second school threat this week. On Tuesday, deputies arrested the juvenile female at her home on warrants for one count of unruly/delinquency by terroristic threats and one count of unruly/delinquency by inducing panic for making a threat against Fairland schools. Last Thursday, deputies arrested a girl for making threats on Snapchat against the Rock Hill schools on Feb. 21.

She was arrested around 2 a.m. on Thursday morning. Later in the day, the Coal Grove Police Department arrested a male Dawson-Bryant Middle School student after he made threats on Snapchat.