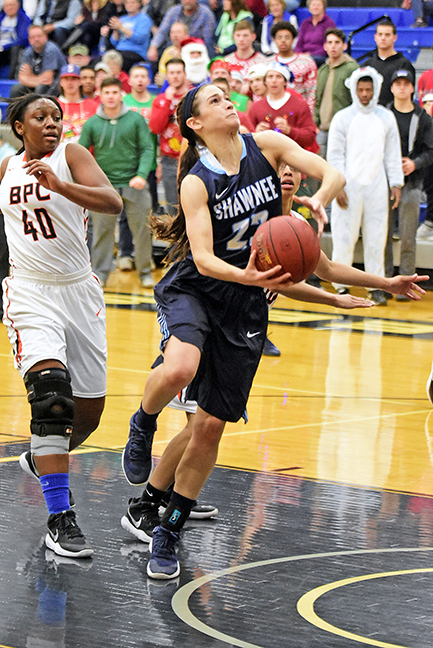 PIKEVILLE, Ky. — Hannah Miller has been in the background the past two seasons.
This year she stepped out into the spotlight.
The 5-foot-9 junior guard averaged 4.7 points a game during her first two seasons.
Earning a starting spot in the Shawnee State lineup this season, Miller averaged 14.2 points, 4.0 rebounds, 2.4 assists and 1.0 steals as the Lady Bears won the Mid-South Conference title and are currently ranked No.1 in the NAIA poll.
Miller’s impressive season has earned the former St. Joseph Female Flyers’ All-Ohio standout some Mid-South postseason honors.
Shawnee State had several award winners announced at the Mid-South Conference Women’s Basketball Banquet on Wednesday night, including head coach Jeff Nickel being named MSC Coach of the Year for the third consecutive year.
Nickel was named Coach of the Year after leading Shawnee State to a 27-3 overall record, and only the second perfect record in MSC play in league history at 14-0.
Nickel led his team to the Mid-South Conference Regular Season Championship for the third year in a row.
Nickel also led Shawnee State to their first number one overall ranking since SSU joined NAIA Division I for the 2010-11 season.
SSU also had multiple players named First Team All-Mid-South Conference on Wednesday night. Miller, Madison Ridout, Ashton Lovely and Bailey Cummins were all named to the first team for the season.
SSU’s four members of the first team represented the most from an individual team in the conference.
In addition to SSU’s four first teamers, Lydia Poe was named Second Team All-MSC, her first all-conference award of her career.
Shawnee State also had four players named Mid-South Conference All-Academic earlier in the day. Shania Massie, Ridout, Miller, and Cummins all earned the award for academic excellence.
To be eligible for the award, each student-athlete be a sophomore academically, have been at Shawnee State for at least two semesters, and must have maintained at least a 3.25 cumulative GPA.
Shawnee State women’s basketball begin their run for a fourth straight Mid-South Conference Tournament Championship on Thursday morning when they take on eight seed Life at the East Kentucky Expo Center. Tip-off is set for 10 a.m.