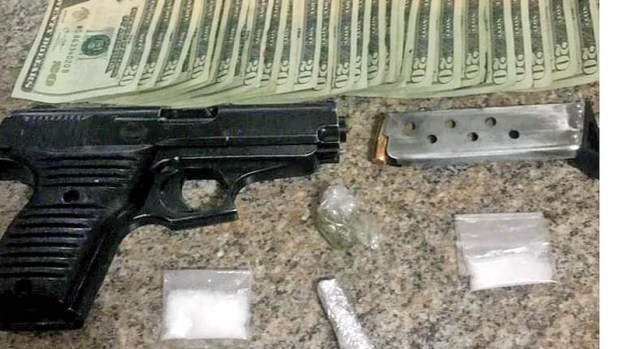 South Point police said methamphetamine, cash and a firearms were seized in a traffic stop in the village on Saturday. A male and female suspect were arrested.

The male was charged for having weapons under disability, improper handling of a firearm in a motor vehicle and drug trafficking.

The female was charged with falsification and drug possession.

Officers said methamphetamine was found in the vehicle.

The names of the suspects have no been released and police say additional charges are pending.