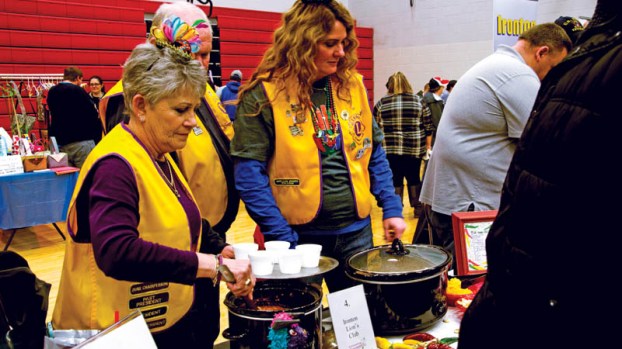 Lou Pyles and members of the Ironton Lions Club serve up chili as part of the 19th annual Lawrence County Developmental Disabilities Chilifest and Craft Show at Dawson-Bryant High School on Saturday.

COAL GROVE — Cooks set up to allow attendees to sample their chili and raise funds for Lawrence County Developmental Disabilities.

The group hosted its 19th annual Chilifest and Craft Show at Dawson-Bryant High School on Saturday, and the crowd numbered in the hundreds.

“We have 23 chili cooks this year,” Tim Nunnery, communications director for LCDD, said. “And we have 25 crafters and informational booth set up.”

“It’s a staple of the community,” Nunnery said. “The public always comes out and supports us.”

Kids brunch with the Easter Bunny