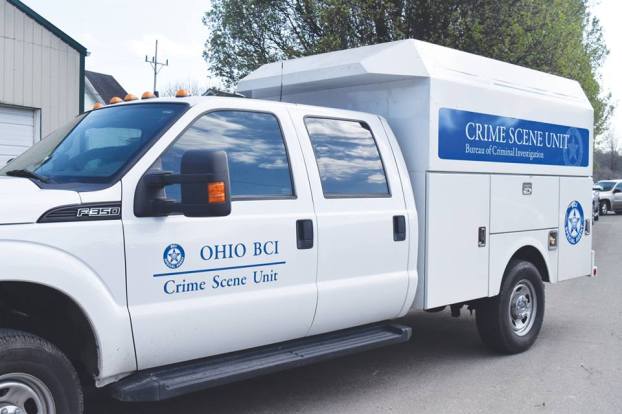 Heath Harrison/The Tribune A truck from the Ohio Bureau of Criminal Identification and Investigation is parked at the scene of an investigation into an infant death on Spruce Street in Ironton on Tuesday.

The investigation into the death of an infant in Ironton continues.

“As of right now, it is still an open investigation,” Police Chief Pam Wagner said on Wednesday.

On Tuesday, police were called to the scene at a residence near the corner of Spruce and Tenth streets after police received a 911 call reporting an infant believed dead in the home.

She said, when officers arrived, they found the infant dead and the county coroner and the  Ohio Bureau of Criminal Investigation were called in.

Wagner said detectives attended an autopsy on the infant on Wednesday.

“We are waiting on some more tests from (the medical examiner),” she said, adding that it will be a few weeks before a toxicology screen and other test results are completed. “Right now, everything is in the medical examiner’s hands and it is up to them where we proceed from here.”

Wagner said no details on the infant’s age and identity are being released at this time.

Wagner also debunked early broadcast media reports that the infant had been found in a trash can.

“No. No, it was not. No,” she said. “It was found inside the residence. It was not found in the trash. That is speculation, that is entirely untrue.”