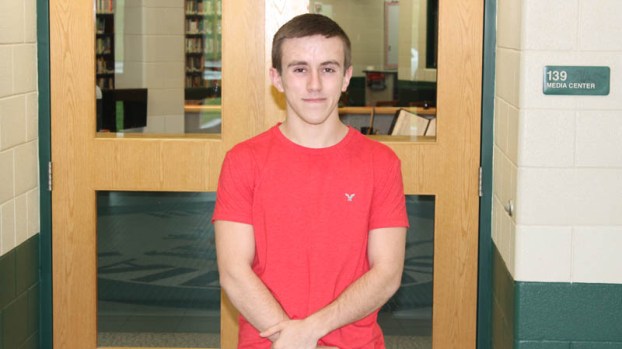 PROCTORVILLE— A Fairland senior will become an Ohio State Buckeye this fall after receiving a full scholarship through the university’s Land Grant Opportunity.

Gunnar McClung was a recipient of the scholarship, and said he was very surprised when he  found out.

“Any OSU applicant is eligible for the scholarship as long as they’re a resident of Ohio. Essays through the application process help them determine who they’re going to pick,” McClung said.
“It was really surprising at first because the day before I found out I got the scholarship, I had already signed the housing agreement at Ohio University. Now, I’ve shifted from that and began looking at things in Columbus.”

He added that he didn’t realize that he had been chosen for the scholarship until looking at his financial aid and noticing that the scholarship he had originally received had been taken off and everything adjusted, signifying the full scholarship through the Land Grant Opportunity, and then receiving the letter about it.

“My mom is a teacher at River Valley High School near Gallipolis, and she knew what it was when we were looking at it,” he said. “We’re both really excited about it.”

He said that he took a visit to Ohio State this past December, and was originally going for the Morrill Scholarship through the school’s Office of Diversity and Inclusion, which is also a full scholarship, and participated in the Buckeye Student Leadership Academy.

“I think the land grant scholarship is a bit more honorable because I had to do more to get that one,” he said. “Before I found out about the scholarship, I was set to go to Ohio University, and thought that was the best bet because at the time I was trying to do a med school program.  Now, I’m going to study biology at Ohio State and think about med school at OSU after that.”

McClung said that while at Fairland, he ran cross country and track, was a member of the school’s quiz bowl team and was involved with Beta Club/Honor Society. Outside of school, he  said he does Brazilian Jujitsu at Ground Zero Fighting Systems in Huntington.

The Ohio State University Land Grant Opportunity Scholarship is awarded to two students in each of Ohio’s 88 counties.

McClung is just one of two Lawrence County students to receive the scholarship.

Nearly 100 people gathered on the courthouse lawn, participating with many other communities throughout America celebrating the National Day of... read more