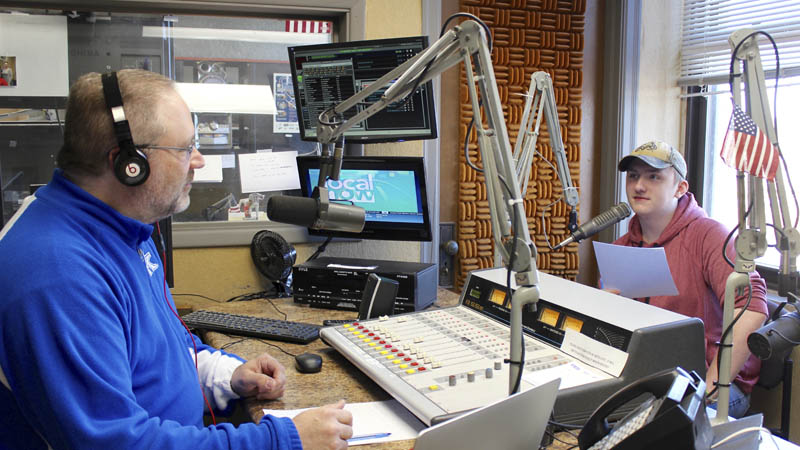 Marshall University has announced that former Ironton resident, radio personality and voice of the Ironton-Lawrence County Memorial Day Parade Terry L. Hapney Jr., Ph.D., has been promoted from associate professor of public relations and journalism to professor, the highest rank in colleges and universities.

Marshall President Jerome A. Gilbert wrote in Hapney’s promotion letter that “it is a sincere pleasure to have (Hapney) as a member of our faculty.”

Hapney — who just completed his 10th year on the faculty in the the W. Page Pitt School of Journalism and Mass Communications (SOJMC) in the College of Arts and Media (CAM) at Marshall — said the promotion is “one of the greatest honors of my lifetime.”

Hapney’s promotion was unanimous throughout the process at Marshall.

“I am humbled that my colleagues, dean, provost, and president recognized my work in this manner,” Hapney said. “I’m wrapping up my 24th year in higher education.  Thanks to my love of PR, journalism, teaching, and research, I’m ready for another 30 or more.”

In addition, Hapney — who holds fraduate gaculty status at Marshall — has written and published hundreds of professional articles for local, state, and regional newspapers and magazines. His radio broadcasting work includes thousands of news stories and newscasts — including stories used statewide by the Ohio News Network.

Hapney is a news anchor with the Hometown Broadcasting of Portsmouth radio stations — WNXT-AM/FM and WZZZ-FM. Hapney and his son Blake host “Gospel Jubilation,” a southern gospel music show on Sunday mornings on WNXT.

And for the past two decades, Hapney and disc jockey J.B. Miller have co-hosted the Ironton-Lawrence County Memorial Day Parade television broadcast from the streets of downtown Ironton.

Hapney spent more than a decade as both a faculty member and administrator at Shawnee State University, serving in the Department of English and Humanities — creating, coordinating, and teaching in the Communication Concentration in the English Bachelor’s degree program — and in the Office of the President as director of communications and assistant to the president.

He served four university presidents during his time as an administrator at SSU, and established the Office of Communications.

Alexus Steele: Our books, our future

Highlands Museum to have military movie