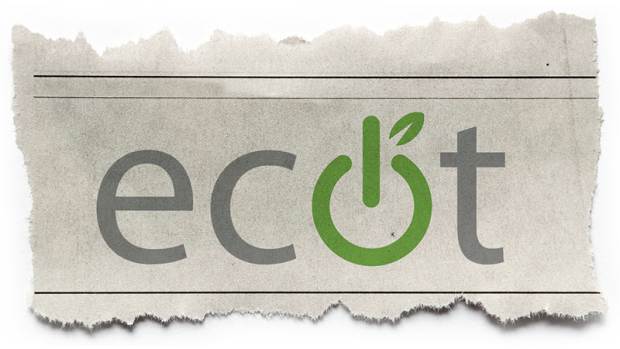 The Electronic Classroom of Tomorrow (ECOT) inflated the amount of time it claimed its students were engaged in learning by failing to deduct the time students were inactive online, according to an audit released today by Ohio Auditor Dave Yost.

COLUMBUS — The Electronic Classroom of Tomorrow (ECOT) inflated the amount of time it claimed its students were engaged in learning by failing to deduct the time students were inactive online, according to an audit released today by Ohio Auditor Dave Yost.

State auditors also found ECOT provided no documentation to show its students were engaged in learning during the time it claimed for payment. Despite receiving information showing only when a student was logged on – but not what they were doing – the Ohio Department of Education paid the school for 81.5 percent of its requested funding.

Auditor Yost has referred the audit and related work papers to the U.S. Attorney’s Office and the Franklin County Prosecutor’s Office for possible criminal prosecution. In addition to information obtained by auditors during the financial audit, the Auditor has preserved relevant information from ECOT’s computers and computer servers. Although the 2016-17 audit is complete, the office’s investigation continues.

“Our auditors documented that ECOT officials had the ability to provide honest, accurate information to the state and they chose not to,” Auditor Yost said. “By withholding information, ECOT misled state regulators at the Department of Education, and ECOT was paid based on that information. I believe this may rise to a criminal act.”

The audit includes a $249,962 finding for recovery related to political advertisements attacking members of the Ohio General Assembly and Ohio Department of Education. The finding is against Third Wave Communications LLC, Altair Learning Management Inc., and IQ Innovations LLC, jointly and severally, in favor of the Electronic Classroom of Tomorrow Enterprise Fund. The three companies are controlled by William Lager, the founder of ECOT.

ECOT officials declined to sign a routine letter attesting that they provided all information needed for the Auditor’s office to perform the audit, that the information was accurate and complete, and that they made auditors aware of any potential fraud or violations of relevant rules or law. As a result, auditors could not issue an opinion on ECOT’s financial statements.

“With the level of incompetence displayed by both the school and ODE, the regulator, it’s amazing that any money went to education whatsoever,” Auditor Yost said. “The Department of Education did not require proof that the students were engaged in learning, and ECOT was more than happy to oblige in providing watered-down information that the Department inexplicably accepted, even though they knew more-detailed information was available.”

Despite the requirement, ODE paid the school for 81.5 percent of its request for funding without the necessary learning opportunity documentation.

Beginning in 2013, the Auditor’s office has identified serious deficiencies in the system Ohio uses to fund virtual schools. The General Assembly made significant improvements toward accountability by passing House Bill 2 in 2015 at the Auditor’s request. “Clearly, more work is needed,’’ Auditor Yost said. “The Department of Education cannot be trusted to fix these problems. The General Assembly needs to act because what is happening remains unacceptable.”

State auditors were not surprised by the dramatic increase in records ECOT gathered for its FY2017 audit. During the FY2016 audit, ECOT officials explained to state auditors that they would begin using ActivTrak on all school-supplied computers as a way of capturing the time students were learning on their computers, including online. This was an attempt to meet ODE’s new requirements for documenting student engagement in learning.

State auditors expected ActivTrak would capture so much information that it would be extremely difficult for ODE to properly evaluate the data to determine whether it supported the funding of students. However, because the software documents which websites, activities and programs users are engaged with, ECOT would have the ability to accurately document and report student participation. ECOT did not provide that information to ODE.

Auditors found ECOT presented ODE with a spreadsheet detailing an engagement date, start time, end time and duration in seconds.  However, that time did not provide any detailed information, such as what program, application, or website a student was spending their time within as required by the Department’s FTE manual.

“No evidence of idle time was identified, reported, or removed in the documentation provided to AOS,” auditors wrote. “Therefore, AOS was unable to determine how much of the time presented by ECOT for review was time spent by a student participating in actual learning opportunities and how much of the time presented was spent idle or on activities not educational in nature.”

Auditors also found that often an individual student’s spreadsheet submitted as support for establishing the FTE would contain thousands and sometimes tens of thousands of rows of data showing the session date, start time, end time and duration, but provided no support that the time was academic in nature.

In one student’s case, it was reported that the student had 8,857.89 hours of ActivTrak time during FY2017, which is 97.89 hours more than what is possible in a year.  (One year is equal to 8,760 hours.) Schools are required to capture durational time and then cap hours to a maximum of 10 per day, and to eliminate any time which may have been duplicated – which ECOT did. Auditors could find no evidence that ECOT met the requirement that schools reduce non-educational time.

ECOT reported its FTE based on a student’s enrollment hours, as was the practice in previous years. Auditors wrote, “ECOT’s procedure to report FTE during fiscal year 2017 was to assess FTE based on the period between a student’s enrollment date and withdrawal date, if applicable, or the last day of school. …While ECOT did have policies and procedures in place during the audit period to capture the duration of time a student was engaged in learning opportunities, ECOT did not adjust FTEs … based on the duration of time engaged in learning for each student. Therefore, ECOT over-reported FTEs.” The reporting of enrollment was declared a material weakness by state auditors.

As is standard practice, ODE performs school FTE reviews before the Auditor of State conducts its annual financial audit. ODE’s review, dated Sept. 28, 2017, said 11,575.47 FTE of the 14,203.03 FTE claimed as enrollment by ECOT could be substantiated. Auditors found that the Department of Education was given a formula by ECOT to perform its final calculations (the formula deducted any hours above 10 in a day and time that was duplicated), which closely matched what ODE paid ECOT.

In May 2017, an individual identifying himself as an employee of ECOT contacted the Auditor of State’s office saying he had information to show how the school was manipulating data to increase its funding. The lead staff auditor assigned to the ECOT audit contacted the individual and twice met with him. Two criminal investigators with the Public Integrity Assurance Team (PIAT) interviewed the individual, also.

The information confirmed what the audit staff knew about how ActivTrak gathered information and how ECOT might utilize the information given the weaknesses in the Department of Education evaluation process of online schools. However, until the school year was complete and ECOT submitted its FTE report, the Auditor of State could not begin compliance testing. Schools have until July 31 each year to correct their FTE submissions.

Testing by the Auditor’s staff confirmed what the auditors suspected: ECOT officials did not provide information detailing inactive time by students, nor did they report sufficient detail to prove educational engagement activity.

“I commend this individual for showing the courage to come forward and speak up,” Auditor Yost said. “What the complainant could not have known is how much our staff already knew. Our auditors knew what ECOT was collecting, the weaknesses in ODE’s requirements and procedures, how an unscrupulous operator could take advantage of these weaknesses and they created a comprehensive audit plan to sniff it out. As we suspected, ECOT took maximum advantage of the situation and may have violated the law in the process.”

Auditors found no evidence that ECOT deducted idle time or the time students spent online in non-educational activities from its funding request of the state, even though ActivTrak collects this information. As a result, Auditor Yost believes school operators may have committed one or more crimes.

“ActivTrak monitors all activity and ECOT administrators had that information available to them,” Auditor Yost said. “Instead of doing the right thing and subtracting non-educational time and idle time from their students’ school day, ECOT misled the Department of Education and submitted inflated timesheets – garnering an improper windfall for the school.”

Other virtual schools that use ActivTrak report idle time separately from student learning time, giving the Department of Education discretion on whether to pay for idle time.

Yost said the prosecutors will be able to review the audit work papers and electronic data auditors collected during the financial audit. In addition, information preserved from ECOT’s computers and computer servers will be available as well.

On June 13, 2017, an invoice in the amount of $249,962.75 related to political advertisements supporting ECOT was submitted to ECOT by Midwest Communications & Media. In an article published in The Columbus Dispatch on June 24, 2017, a spokesman for ECOT said public funds were being used to fund the advertisements. The same day, Auditor Yost sent a letter to ECOT demanding it cease using tax dollars for the advertisements because the content was not a proper public purpose.

Auditor Yost also directed staff to issue subpoenas to ascertain beyond a reasonable doubt who paid for the advertisements.

On June 28, 2017, four days after Auditor Yost issued a cease and desist order to ECOT, the director of operations at Altair Learning instructed an official at IQ Innovations to pay the $249,962.75 invoice from Third Wave Communications’ account. Amy Davis, the marketing and project coordinator at IQ Innovations, is identified in Third Wave’s contract with ECOT as a consultant. Third Wave’s bank records show payment was made on the date the Altair official requested payment. Investigators from the Auditor’s Public Integrity Assurance Team could find no reason for Third Wave Communications to pay the invoice submitted to ECOT as it had not paid other invoices. Investigators also found previous advertising was paid directly by ECOT.

“We believe those who controlled the purse strings at ECOT and its affiliated businesses were trying to find a way to disguise the fact ECOT was using tax dollars for an improper purpose because we were asking questions,” Auditor Yost said. “ECOT’s spokesman said they were using tax dollars for the political advertisements and, after a protracted battle to subpoena records, we believe ECOT used tax dollars for the political advertisements by funneling the money through its various companies.”

Auditors wrote: “The invoice from the media buyer, Midwest Communications & Media, originally went directly to ECOT for payment, as had every other invoice for media advertisements. The only reasonable understanding of this process is that it was designed to disguise the use of public money to pay for the non-public purpose of the lobbying ad.”

A full copy of the report is available online.