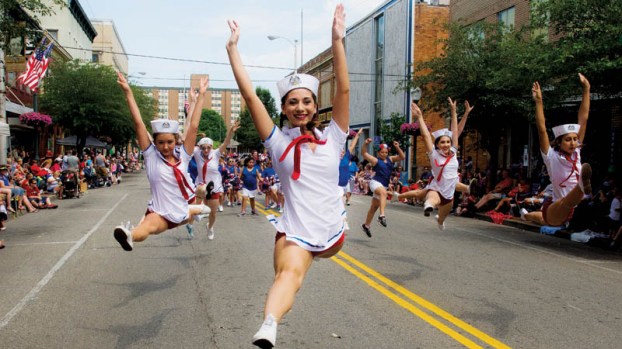 Students from the Yvonne DeKay School of Dance perform in the 2016 Ironton-Lawrence County Memorial Day Parade.

Dancers from the Yvonne Dekay School of Dance have participated in the Ironton-Lawrence County Memorial Day Parade for many years, and this year will be no different for its 150th anniversary.

“I try to ask the kids to participate in the parade, and a lot of them say that it’s too hot,” Yvonne Dekay said. “But then I tell them that it’s hot in Iraq and Afghanistan too, and that the soldiers don’t complain about that. I try to teach them that freedom isn’t free.”

This year will mark the 53rd year that the dance studio has taken part in the event, which Dekay said features several patriotic numbers.

“I teach them that this is a community parade and that they should respect our community by taking part,” Dekay said. “It’s something that really means a lot to the community.”

She added that she doesn’t know how many will show up, but that there is usually a good number of dancers ready to show off their skills.

The Memorial Day Parade will kick off at 10 a.m. Monday in downtown Ironton.

Dinner for past leaders took place at Knights of Columbus The step off of the Ironton-Lawrence County Memorial Day Parade... read more