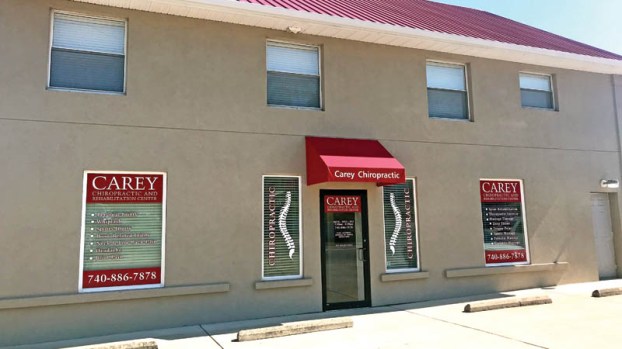 With locations in Russell, Kentucky and Proctorville, Dr. D.J. Carey says he helps “treat a problem and bring it to a resolution.”

PROCTORVILLE — Carey Chiropractic and Rehabilitation Center has been serving the Tri-State for almost 20 years.

With locations in Russell, Kentucky and Proctorville, Dr. D.J. Carey says he helps “treat a problem and bring it to a resolution.”

According to Carey, chiropractic treatment is “natural healthcare” because a physician is “treating pain without the use of medicine.”

When Carey was 14, he began seeing a chiropractor. During this time, he saw the chiropractor was “treating the cause, not the symptom.” After seeing the results,  Carey decided he wanted to become a chiropractor.

Carey began his chiropractic career in Ironton in 1985, before opening his own practice in Proctorville in August 1999 and Russell in 2011.

During his career, Carey has learned that “listening to patients” is the most important thing he can do, which leads to a resolution.

Carey and his team of primary care physicians are trained in “differential diagnosis of back problems.”

“The back is a complex field,” Carey said. “There are many factors that can cause back pain.”

“Sometimes, the biggest changes can be the simplest changes,” he said. For example, using an arm rest while sitting at a computer can relax the muscles in the back.

Since chiropractic care does not require pain pills or medicine, it can be seen as “cost effective,” according to Carey.

“We will give our patients a good diagnosis without pain pills,” he said.

Community Plane Ride Day set for Saturday SOUTH POINT — Those who would like a view of the region from... read more