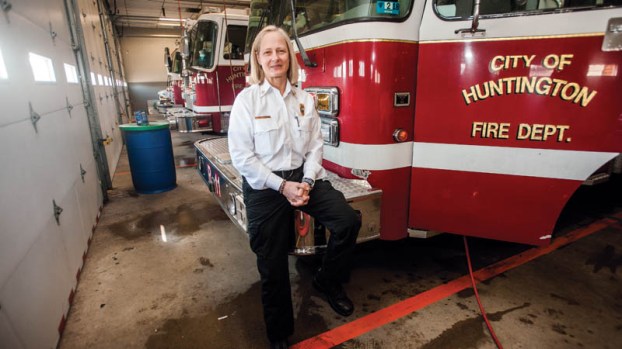 Huntington Fire Chief Jan Rader was one of the three main characters in Netflix documentary, Heroin(e), which was recently nominated for an Emmy Award.

The much-lauded Netflix documentary, Heroin(e), about three women fighting against the opioid crisis in Huntington, West Virginia has been nominated for another award.

On Thursday, the National Academy of Television Arts & Sciences nominated the short film for a News and Documentary Emmy in the outstanding short documentary category.

All those involved in the documentary have been interviewed in the media. Rader has made appearances on NBC’s “Meet the Press” and on public radio’s “Studio 1-A.”

In January, Heroin(e) was among five films nominated for an Oscar in the Best Documentary Short category.

In the April 19, 2018 issue of Time, Rader was named among the magazine’s 100 Most Influential of 2018 and put her in the same list as President Donald Trump, Kim Jung Un, the Parkland High School students, astronaut Peggy Whitson and a host of celebrities and global leaders.

The story about her was written by West Virginia’s U.S. Sen. Joe Manchin. Rader was Manchin’s guest at the State of the Union Address, when Trump addressed the U.S. House of Representatives in January.

The film was made by Elaine McMillion Sheldon and her husband, Kerrin, both West Virginia-based filmmakers. They came to Huntington in 2016 to shoot a film about the effects of narcotics on the community.

The film focused on Rader, Freeman and Keller it was funded by The Center for Investigative Reporting, which provided financial suppor for female filmmakers to make a film about women making a change or a difference in their communities.

The News and Documentary Emmy Awards will be presented on Oct. 1 at the Time Warner Center in New York.