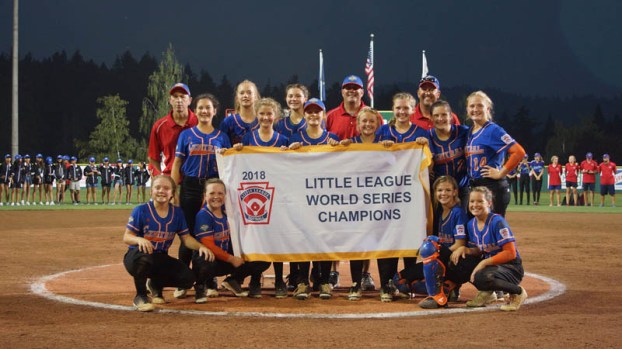 “It was something I tried to think about all day and all night what it would be like,” head coach Dusty Salyers said when asked about winning the title in an interview with ESPN following the final out. “And it’s just indescribable that it happened.”

The win by Wheelersburg over Tunkhannock, Pennsylvania is also the first time a team from Ohio has won a Little League World Series.

“Amazing,” Howard said regarding how it feels to win the title in an interview with ESPN after the game. “Every year we watch it on TV and think that could be us one day, and it is.”

Howard was impressive in her start, completing all six innings, and allowing three hits and zero runs with seven strikeouts and no walked batters.

“My defense has completely backed me up,” she said. “And I believe in them, so I just threw strikes.”

As a team, Wheelersburg scored their three runs on four hits, with one batter also getting walked.

“It means everything,” Salyers, who has coached softball for the past 12 years, said on what it means to win the championship in his last game as a coach. “This is why every player who has ever played Little League, softball or baseball, plays. This is the ultimate goal, and that we accomplished this goal is just indescribable.”

A World Series Championship Parade will take place in Wheelersburg Saturday with a time to be determined.