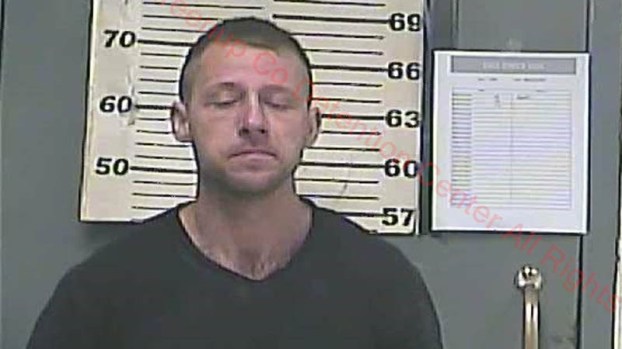 Around 9:30 p.m., Greenup E-911 sent a text asking residents in the Worthington-Wurtland area of Riverside and Franz drives to stay inside their homes due to a fugitive being on foot in the area.

The fugitive was described as 5’10” male with tattoos on his arms and wearing blue jeans and a black shirt but no shoes.

Later, the Worthington Police said the area had been cleared but asked to residents to stay inside.

At 5:30 a.m., Greenup E-911 texted that police had used dogs and thermal cameras to search, but were unable to locate the fugitive. The text said, “Be vigilant and return to normal activities.”

At 7 a.m., Greenup E-911 texted that the fugitive had been caught and thanked the public for tips.

Later in the day, the Worthington Police Department announced they had arrested Shawn Delong, 40, of Pedro.

Delong, was charged with fleeing and evading police, assault of an officer and had outstanding warrants on drug and weapon charges.

The nightlong pursuit began around 7:30 p.m. on Tuesday after an officer saw DeLong sitting in a vehicle by an empty house on Riverside Drive. When the officer ran Delong’s ID, he found out that he was wanted by the U.S. Marshal’s Service on several warrants.

DeLong punched the officer and escaped into a nearby wooded area. Officers from several agencies assisted in the all night search. He was eventually found in an empty home on Riverside Drive around 6 a.m.

Delong was arrested and taken to the Greenup County Detention Center.