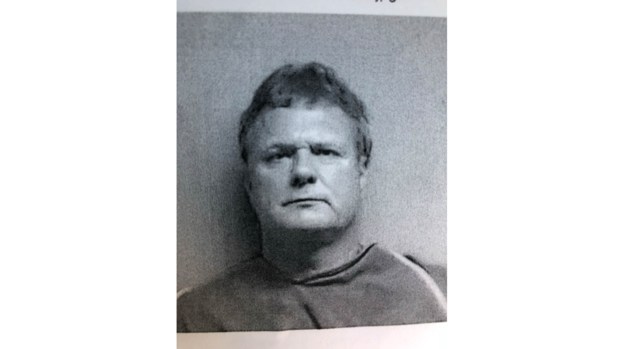 According to the Lawrence County Sheriff’s Office, deputies were requested to aid the Chesapeake Police Department with a dispute between neighbors at 6:40 p.m.

According to a news release, upon the deputy’s arrival he was advised by the Chesapeake officer that Templeton and his neighbor, Eugene Rodebaugh, had been in an argument over Rodebaugh’s dog. During this argument, Rodebaugh said Templeton had cursed him and taunted him with turbulent behavior.

The deputy said while he was speaking with Templeton, he continued to raise his voice to the deputy and moved his arms and hands toward the deputy in an aggressive manner, even after being advised not to do so.

Due to this behavior, the sheriff’s office said Templeton was placed under arrest for disorderly conduct.

The incident report has been forwarded to Lawrence County Prosecuting Attorney Brigham Anderson for his review.

In August 2017, deputies had been called to the home of neighbors of Templeton’s, Patricia and Elden White, following a dispute involving a dog.

The neighbors alleged Templeton had beaten their dog with a stick, after it had mauled his cat. Patricia White said Templeton had charged at her while waving the stick. Templeton said he had struck the dog with the stick, but denied threatening White in any way.

While deputies had recommended charges of cruelty to animals and aggravated menacing against Templeton, and a charge of animals running loose against Elden White, the matter was not pursued by Anderson’s office and no charges were filed in that case.

Numerous defendants enter pleas An Ironton man pleaded not guilty to all seven of his new charges Wednesday in the... read more