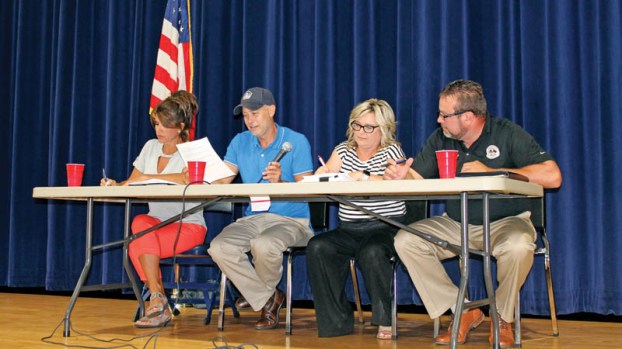 EMS report given at commission

From the beginning of the year through Aug. 31, EMS has made a total of 8,048 runs. In August this year, EMS also handled 39 overdoses, which Morris said was up slightly from August 2017.

The commission meeting took place at South Point High School following a short meeting of the county’s Township Trustee Association, which also provided a BBQ pulled pork dinner for guests of the meeting. Several officeholders and those running for office in this fall’s general election were in attendance, and provided prizes which were then raffled off to guests.

• Approved and signed the CO14V County/Township Resurfacing Bid Recommendation for the Shelly Company in the amount of $795,120, as requested by Lawrence County Engineer Patrick Leighty.

• Approved and signed the CO13V/Village Resurfacing Bid Recommendation for the Shelly Company in the amount of $388,143.15, as requested by Lawrence County Engineer Patrick Leighty.

McMaster serving as interim; council to meet with Union Township CHESAPEAKE — No action was taken on Monday to fill... read more