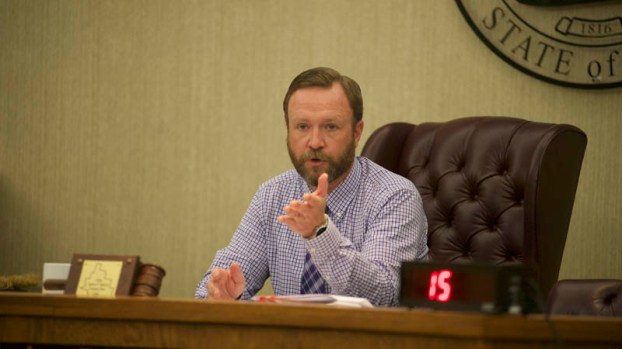 “Now that the Ohio Supreme Court has granted the final certification, it entitles us to apply for grants, both federal and state, that are only available to certified dockets,” Ballard said. “Any type of additional support that’s out there, we are able to now have the opportunity to get with this certification.”

In addition to having more funds available to the drug court, Ballard said that it is also a “pat on the back” for the work put in to receive the final certification.

“It’s a rigorous process that you have to go through to get final certification,” he said. “But the main component is to draft a set of program materials, or a set of guidelines, that’s around 40 pages of everything that’s going to be involved in the docket.” He added that some of the parts of the draft include what’s going to happen when someone messes up, how people are awarded for doing well, and other details of the program.

“The Ohio Supreme Court has sat in and reviewed our drug court, checked everything out and saw that we were doing everything that our draft said we were going to do,” Ballard said. “It was then recommended for final certification.”

He said the vote actually occurred on Sept. 6, but he just found out about it on Thursday.

Josh Whaley, case manager for the Nexus Recovery Docket, said receiving the final certification means a lot to everybody.

“It’s just wonderful to have this opportunity for people within the county,” he said. “It’s been a long time coming. Judge Ballard started on this since he got here. It’s been a tremendous amount of work to get to this point, but we’re trying to help as many people as we can.”

The Nexus Recovery Docket has been going on since its first session on April 19 of this year, and currently has about 10 participants. Ballard added that a few have been added since it began, and no one has been removed from the program.

Gubernatorial candidates to make visits to Lawrence County on Sept. 22 With the Labor Day holiday out of the way,... read more